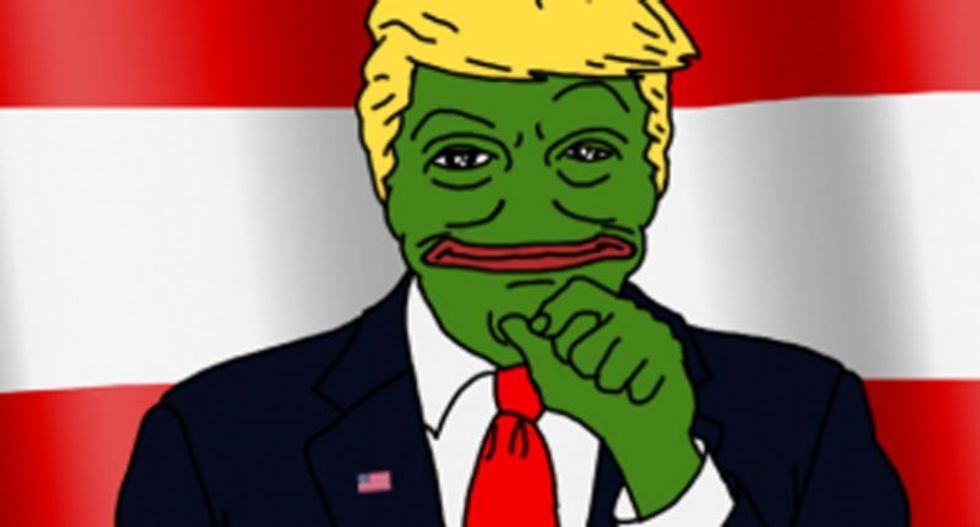 In a tweet sent out by the Russian embassy in the U.K. on Monday, Russia's government called out British papers for encouraging Prime Minister Theresa May to stop President-elect Donald Trump from getting too cozy with Putin -- and then it posted a picture of Pepe the Frog to back up its point.

Pepe the Frog was originally a character from a comic strip that first appeared in a 2005 edition of Matt Furie's Boy’s Club comic strip. Over the past year, however, the character has been appropriated by racist trolls on the web as a symbol for the rise of white nationalism. In fact, Pepe became such a notorious neo-Nazi meme in 2016 that the Anti-Defamation League added it to its database of hate symbols.

Twitter users reacted with horror to the Russian government's decision to send out a dog whistle to Trump's white nationalist fans, with one user calling the tweet "a new low for humankind."

Check out some choice responses below.

And of course, some white nationalists immediately heard Russia's dog whistle and decided to thank them in return.