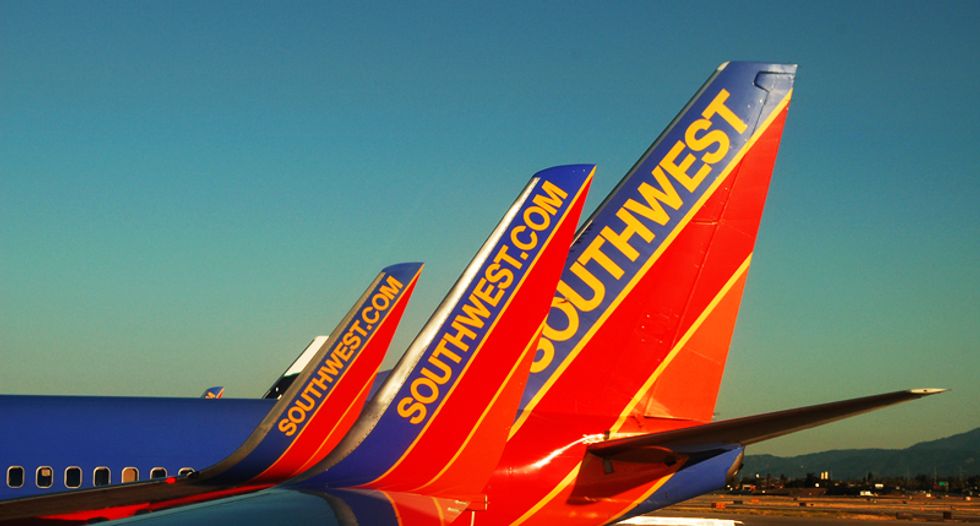 Southwest Airlines pulled a line from the Trump administration's book in a Monday filing, in which it explained why it deserved landing rights at Mexico City's international airport before Mexican airlines.

In its filing, addressed to the Department of Transportation, Southwest Airlines asked for landing rights, citing the Trump administration's "America First" policy, a slogan that was used by American Nazi sympathizers in the 1930s.

According to the airline's filing, Southwest deserves landing rights in Mexico City due to the following:

Not only would this be consistent with the Trump Administration’s clearly stated goal to put America’s interests first, but there is no basis for depriving U.S. carriers of scarce MEX slots in order to increase the holdings of Mexican carriers that already have vastly more slots than all eligible U.S. carriers combined.

FlightGlobal's Ghim-Lay Yeo was quick to point out the filing on Twitter on Tuesday morning.

However, the airline did cite the Trump administration specifically in its attempt to bolster its landing rights position.