Astronaut Gene Cernan, last person to walk on the moon, dies at 82 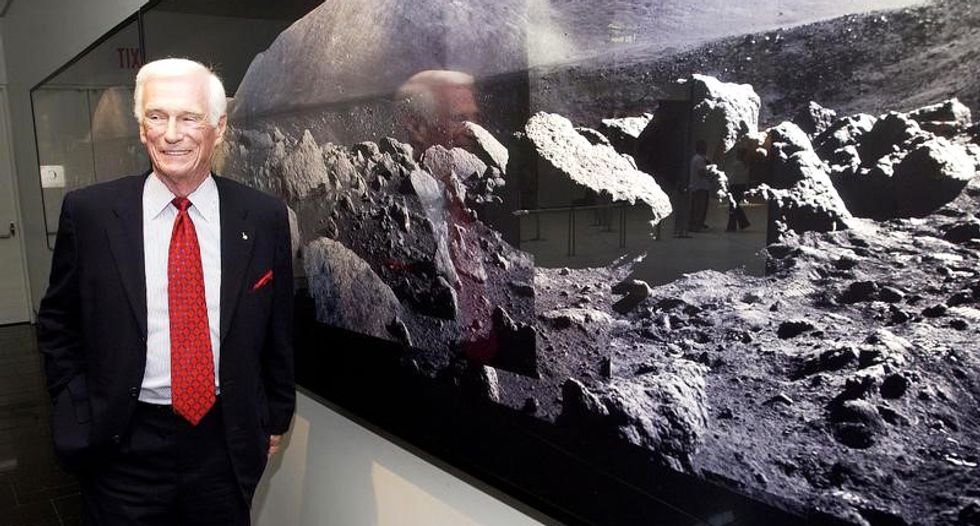 Former astronaut Gene Cernan, the last man to walk on the moon, stands next to a wall of photographs he made on the Apollo 17 mission, at the Museum of Natural History in New York, May 7, 2004. REUTERS/Chip East CME

Former U.S. astronaut Eugene Cernan, who became the last astronaut to walk on the moon in an experience that he said made him one with the universe, died on Monday at 82, the U.S. space agency said.

Cernan, who also was one of the first men to go on a spacewalk, died surrounded by his family, the National Aeronautics and Space Administration said in a statement without giving details.

Cernan and fellow Apollo 17 astronaut Harrison Schmitt became members of the most exclusive club in the universe on Dec. 11, 1972, when they stepped from their lunar landing module onto the moon's surface. Only 10 other people - all American astronauts - had done so before and none have done so since.

Over three days, they rambled more than 19 miles (30 km) in a lunar roving vehicle and gathered more than 220 pounds (100 kg) of rocks during their 22 hours of exploration of craters and hills.

"I knew that I had changed in the past three days and that I no longer belonged solely to the Earth," Cernan, a former Navy test pilot, wrote in a memoir titled "The Last Man on the Moon." "Forever more, I would belong to the universe."

Cernan, who grew up near Chicago, retired from NASA and the Navy in 1976. As a civilian he helped start Air One airline, worked as an energy and aerospace consultant, served as chairman of an engineering company and was a space commentator for ABC News.

(Reporting by Daniel Trotta; Writing by Bill Trott; Editing by Will Dunham and Paul Simao)