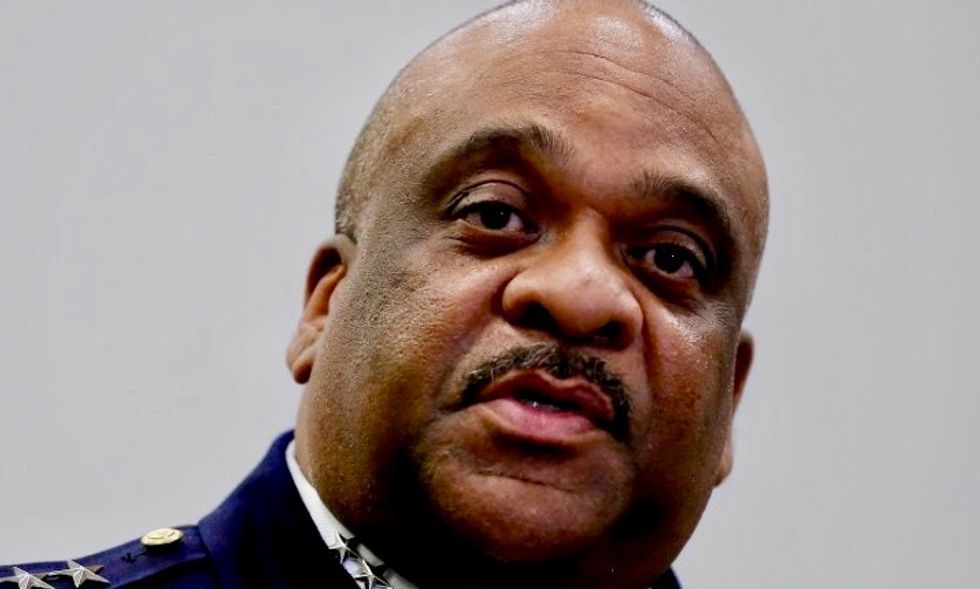 Chicago's chief of police, Eddie Johnson, was recovering on Friday afternoon after he appeared nearly to faint at a news conference, according to a spokesman for the Chicago Police Department.

Johnson will be released from the hospital in the next few hours and was "fine & in great spirits," Guglielmi said in his Twitter post. Johnson will brief media on his health episode following his discharge.

Johnson was named the chief of police last March. His predecessor, Gerry McCarthy, was ousted amid public outrage that the city delayed for more than a year the release of a video that showed a black teenager being fatally shot by a white officer.

Johnson's selection answered calls from civic leaders for an African-American veteran of the force to be chosen.

On Friday, Johnson was standing alongside Mayor Rahm Emanuel as Emanuel addressed reporters when Johnson began to stagger, video of the event showed.

Emanuel asked Johnson if he was "OK," before the news conference was quickly stopped. Johnson was helped to a chair by Emanuel and police officers. Reporters were then asked to clear the room, video showed.

Guglielmi said on Twitter that Johnson "felt light headed" but did not lose consciousness.

"Supt Johnson walked to his car on his own w Mayor Emanuel and will go to hospital to be checked out. He was talking, alert & feeling better," a second message said.

Friday's news conference was held to highlight increased use of technology aimed at aiding police officers' fight against violent crime. Chicago, the third largest U.S. city with a population of 2.7 million, struggled last year with a surge in murders.

(Reporting by Timothy Mclaughlin and Karen Piergo in Chicago; Editing by Matthew Lewis and Leslie Adler)