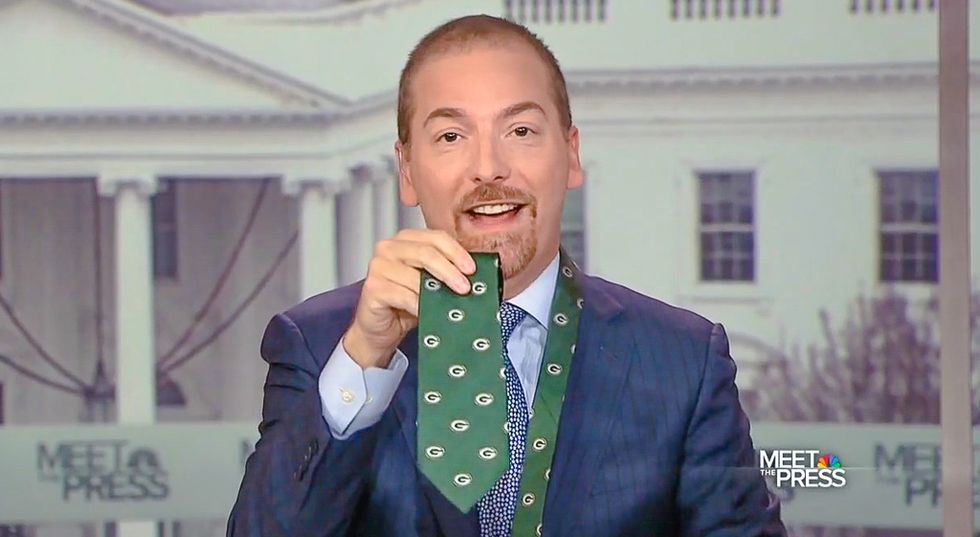 Meet the Press host Chuck Todd said on Sunday that he did not have time to cover ethics complaints lodged against incoming cabinet nominees after he used the final minutes of his show to talk about President-elect Donald Trump's tweets criticizing NBC reality show The Apprentice.

"Before viewers start yelling at me, 'Oh, NBC has a conflict of interest,'" Todd began, "Okay, [The Apprentice is] on NBC entertainment. But clearly, Trump tweets about ratings and Arnold has a little fun with him... Arnold tweeted right back."

"Donald Trump is an executive producer of this show!" the NBC host continued. "Why trash your own show?"

"This was the week when Donald Trump said, 'I'm going to tweet when I want.' His tweets this week felt like the September Donald Trump. It's interesting."

NBC correspondent Andrea Mitchell attempted to steer the conversation into more substantial territory, but it was too late.

"The other piece that we haven't talked about is the ethics issues that have not been addressed," she pointed out. "We're going to these hearings [on Tuesday]."

"We're going to see a lot of them this week," Todd said, closing the show. "But that's all I have for today because it's an important Sunday."

But before the show ended, the NBC host found time to share his Green Bay Packers necktie with the audience.

"Big shout out to the viewer who sent this," he said. "You will always get love from me."