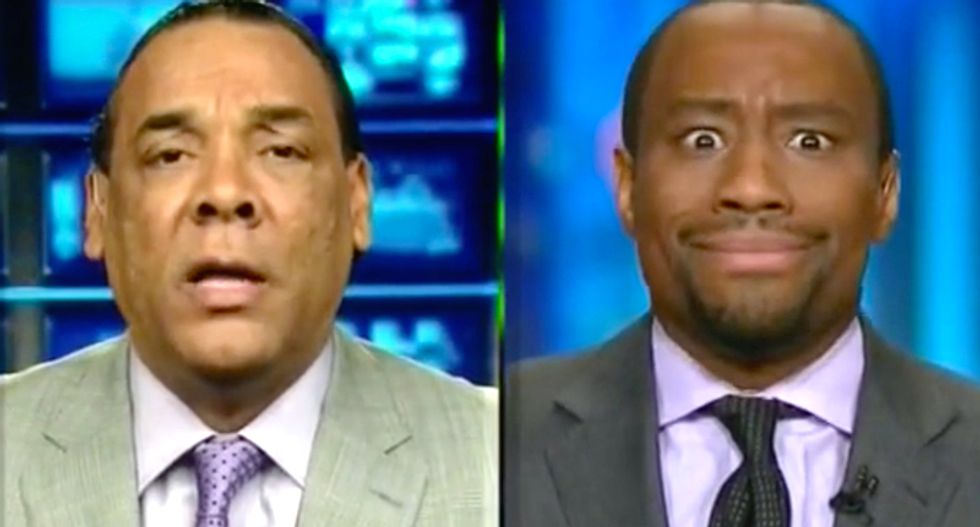 A CNN panel on Donald Trump's meeting with comedian and television host Steve Harvey devolved into a shouting match after a panelist accused the president-elect of parading "mediocre Negroes" through his office.

Marc Lamont Hill, a CNN contributor and professor of African-American studies, wondered why Trump hadn't invited any black policy makers or academics but instead had met with black celebrities and entertainers.

"To keep bringing comedians and actors and athletes to represent black interests is demeaning, it's disrespectful and it's condescending," Hill said. "Bring some people up there with some expertise, Donald Trump. Don't just bring up people to entertain."

Bruce Levell, executive director of the National Diversity Coalition for Trump and former GOP chair for Georgia, sighed audibly and challenged Hill to explain what had transpired at the meeting between Harvey and the president-elect.

"I don't see how anything I've said would prompt that question," Hill said. "Unless Steve Harvey turned into a policy analyst in the behind-the-scenes meeting, it doesn't matter whether I was there. My concern is the people he's trumpeting up and putting in front of the cameras."

Levell kept reminding Hill he hadn't attended the Trump Tower meeting between the game show host and former reality TV star, and he claimed the transition team had been reaching out to a diverse coalition.

"It was a bunch of mediocre Negroes being dragged in front of TV as a photo op for Donald Trump's exploitative campaign against black people," Hill said. "And you are the prime example of that."