CNN's Amanpour: US allies 'dumbfounded' and 'panicked' by Trump attacks on his own intel agencies 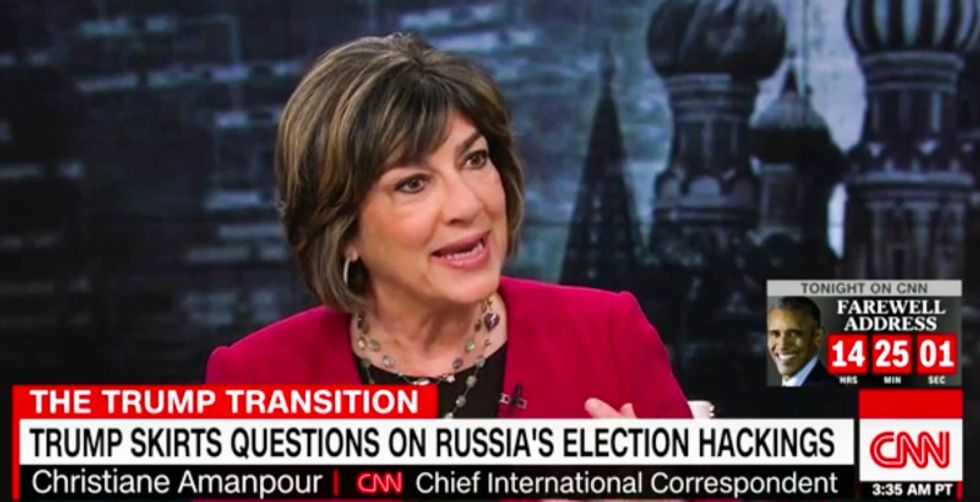 If you think President-elect Donald Trump's regular attacks on his own intelligence are strange, imagine how it looks to people living in other countries.

"It veers between panic and incredulity," Amanpour said when asked about the international community's reaction to Trump denigrating America's intelligence agencies. "I think much of the allies, certainly, the U.S. allies abroad are completely dumbfounded as to why the president-elect has not satisfactorily answered the question of why he believes Russia."

When CNN's Alisyn Camerota pointed out that Trump claims that he's not listening to the intelligence community because they got things wrong in assessing Iraq's WMDs program, Amanpour said that this was a night-and-day issue -- and that if the CIA, FBI and NSA all assert that they have a high level of confidence that Russia wanted to help Trump get elected, their opinions should carry significant weight.