Colbert: Every day with Trump is another rollercoaster -- and America just 'can't stop throwing up' 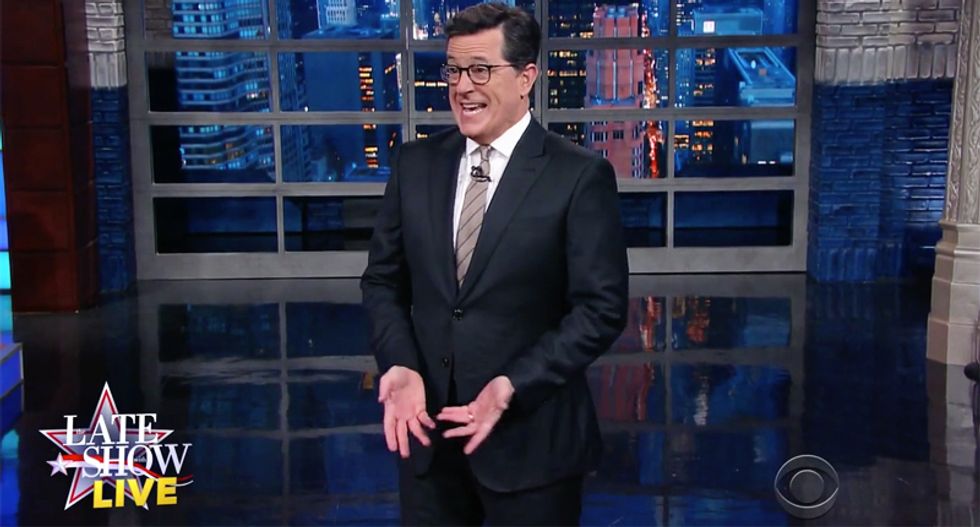 CBS host Stephen Colbert returned to late night comedy Monday night for the first time since Donald Trump officially became president and he had a lot of catching up to do.

"So this is our first show of the Trump administration," Colbert said causing the crowd to boo as he laughed.

"You ever regret going on vacation?" he continued. "'Take the week off' they said. 'America will still be here when you get back,' they said. How much could he do in a week?'"

Noting that people cautioned observers to give Trump time saying "Let's not worry too much," Colbert said it's been worse than expected.

"We didn't have to wait too long, the line moves so fast on this ride," he quipped. "Every day you just get right back on that rollercoaster and you start throwing up. "We've got the fast pass!'"

"You've got to give the guy credit. He can really get a lot of stuff undone. From Obamacare to climate change to torture, he's already moved the country back to 2004. If this keeps up, pretty soon, I'm going to launch the 'Colbert Report," the CBS host said to wild applause.

Watch video below via CBS: