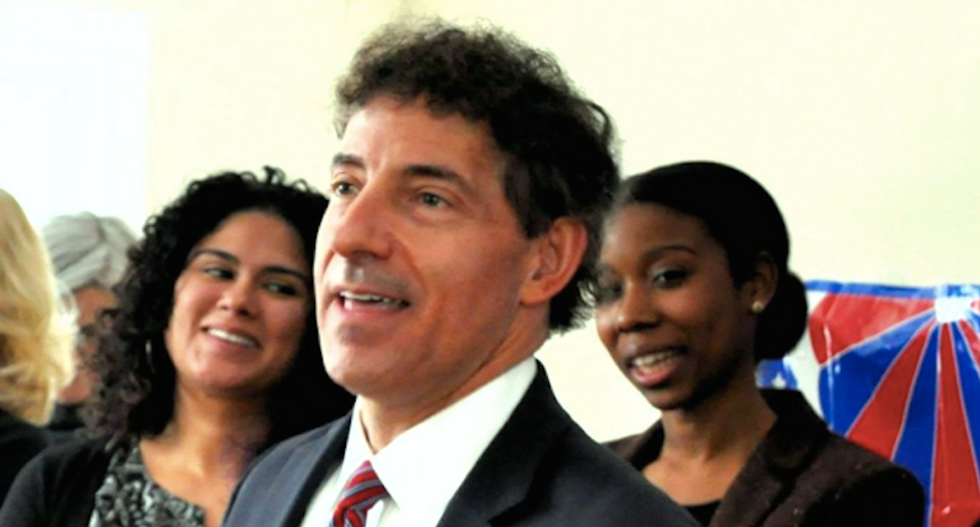 Some House Democrats may formally challenge Donald Trump's election when the U.S. Congress meets Friday in a joint session to certify the Electoral College results.

The challenge would be largely symbolic, since Republicans control both houses of Congress, but could be used to highlight the fact that Hillary Clinton won the popular vote by nearly 3 million votes.

"Democracy has to have a foundation in the truth,” Raskin said. “I know we are living in what people are calling a post-factual society, but there has to be a basic accounting to the people for how our process works. Strong democracy requires trust and verification whenever possible.”

Raskin said he wasn't convinced by evidence suggesting Russia had interfered with election.

“Even if (Vladimir Putin) stole big chunks of the campaign, can we say that he stole the entire election? It’s tricky,” he said.

Scott is reviewing evidence before deciding on a challenge, and Perlmutter reportedly told a Democratic whip meeting that he was considering one.

A recent AlterNet report found at least 50 electoral vote were illegally cast for Trump by electors who were not lawfully certified or barred by laws prohibiting elected officials from serving as electors.

Trump won the support of 304 electors of the 270 needed to win in November after claiming the popular vote in 29 states.

The challenge would be the third since the 19th century, and the first since 2005, when Sen. Barbara Boxer (D-CA) joined Rep. Stephanie Tubbs Jones (D-OH) to challenge George W. Bush's re-election win in Ohio.

Raskin said he's heard from voter groups who were concerned about voter suppression, but would not likely file a challenge without "evidence of technological tampering, ballot stuffing or the illegal purging of people from the rolls or exclusion of voters from the polls."