Denver police to protesters: 'Stop doing anything that could be construed as free speech' 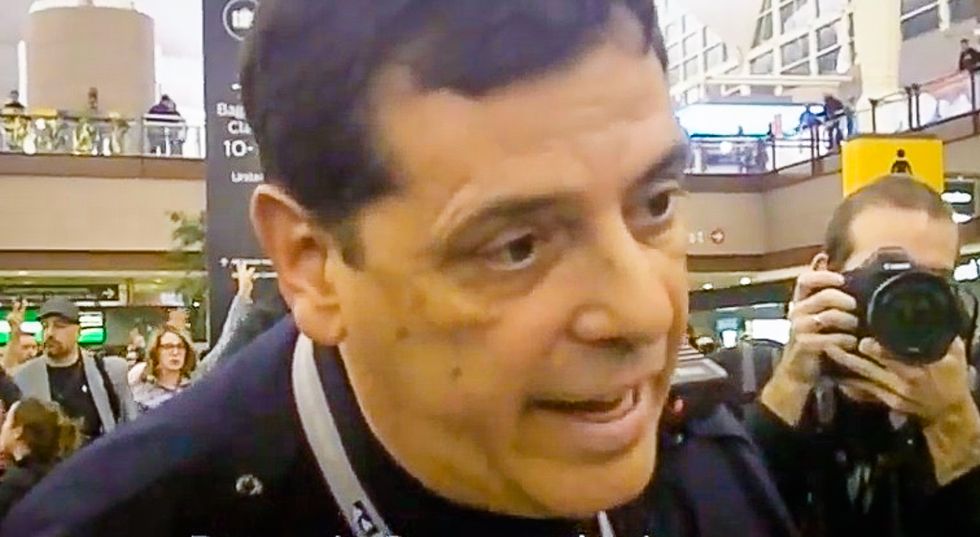 Protesters at the Denver airport over the weekend were told by police that it was illegal to exercise "free speech without a permit."

In video posted to YouTube, Police Commander Tony Lopez can be seen advising demonstrators that they are in violation of the law.

"Stop doing anything that could be construed as free speech without a permit," he explains.

Lopez warns in the video, which lacks context, that even carrying a copy of the U.S. Constitution was prohibited in the airport.

"I cannot carry the Constitution without a permit?" one protester asks.