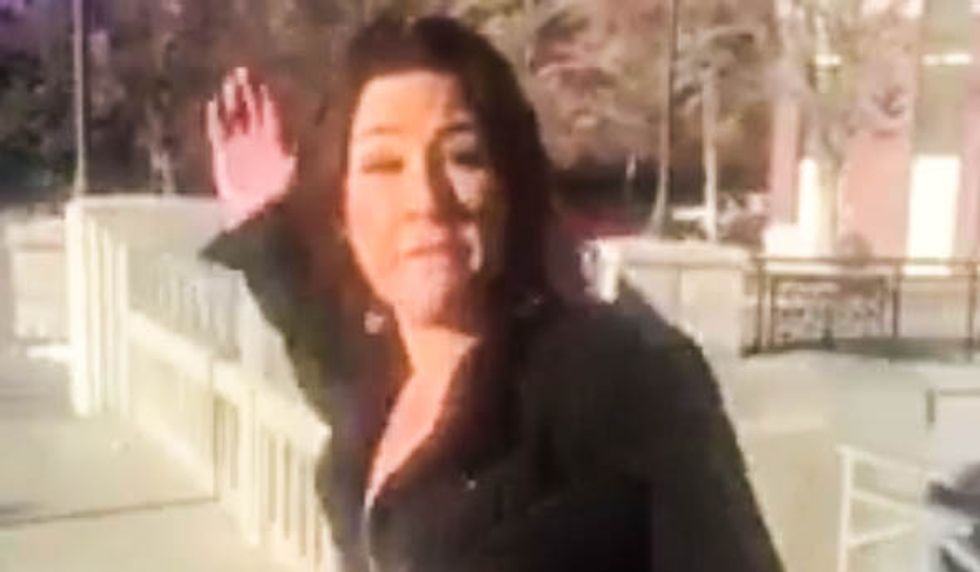 Police in Reno are investigating a white woman who was caught on camera punching a black actor in the head while calling him racial slurs.

Actor and singer Elijah Ahmad Lewis posted a video on his Facebook page Wednesday that showed him in a confrontation with a white woman on a sidewalk in Reno.

Lewis says that he was walking down the street to buy a sandwich, when he started hearing a woman behind him calling him names. Lewis claims that he initially decided to ignore the woman, who then got angry and pursued him.

She allegedly charged at him and hit him in the head, after which Lewis shoved her away and took out his camera to begin recording her. At this point, the woman tried to walk away and he began following her.

When she saw Lewis behind him, she started hurling racial epithets at him while once again punching him in the head.

"Don't record me you f*cking n*gger!" she said after hitting him. After that, she walked away but kept calling him a "n*gger" as she left.

After news of the video began to spread, Reno mayor Hillary Schieve posted a message on Twitter announcing that the Reno Police Department were actively looking for the woman shown in the video. She also said that "hate will not be tolerated" in her city.

Watch the full video of the incident below.