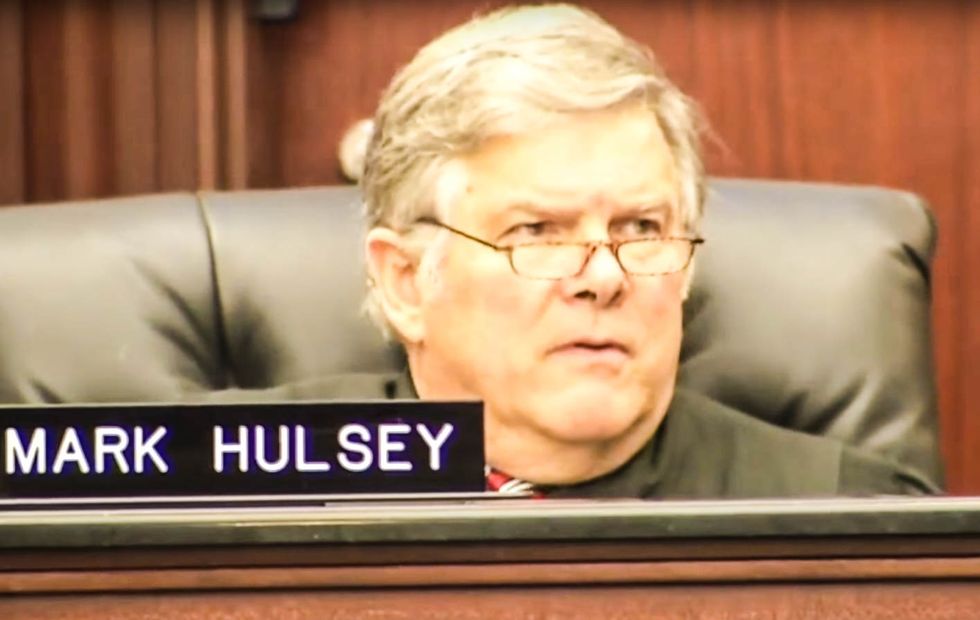 A Florida judge who was accused of making sexist and racist remarks has stepped down from his position, just before the Florida Legislature was set to launch an impeachment investigation into his conduct.

The Tampa Bay Times reports that Jacksonville Circuit Judge Mark Hulsey submitted his resignation letter to Republican Florida Gov. Rick Scott on Monday, "on the eve of the start of a highly unusual impeachment investigation by the Legislature."

The 66-year-old Hulsey was facing a probe by the Judicial Qualifications Commission, which was investigating accusations that the judge called a female staff attorney a "b*tch" and a "c*nt," as well as an accusation that he said black people should "get on a ship and go back to Africa."

Although Hulsey denied these allegations when they first surface, the Florida Legislature's House Public Integrity & Ethics Committee was scheduled to have a hearing Tuesday to present a "report on preliminary findings" of its initial investigation.

Hulsey's decision to step down was apparently a preemptive move to head off the hearing, as Florida House Speaker Richard Corcoran (R-Land O'Lakes) said that the judge "resigned under the threat of the investigation."