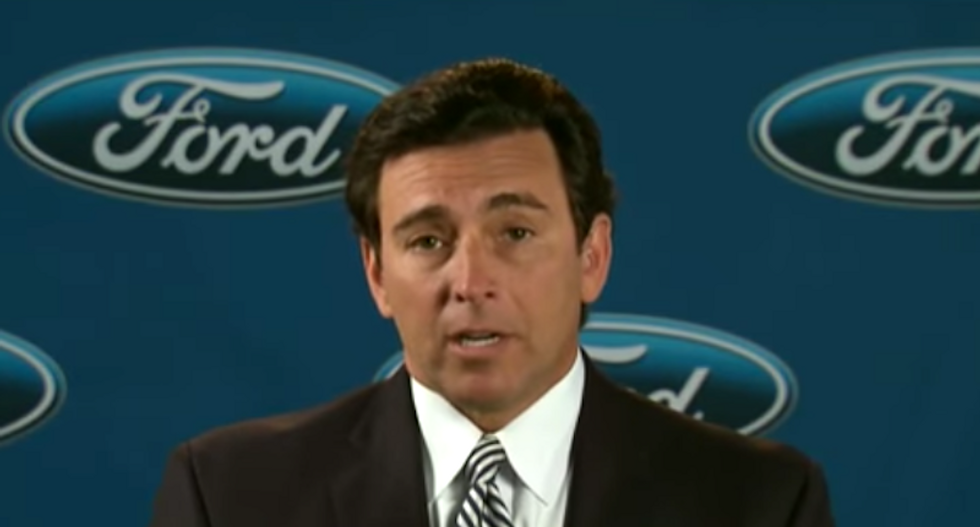 Ford Motors is speaking out against President Donald Trump's ban on travelers coming from seven majority-Muslim countries, slamming the order as against the company's "core value[s]," the Hill reports.

The order, which was signed on Friday, issued a 120-day ban on refugees, and a 90-day ban on immigrants entering the country from Iraq, Syria, Sudan, Iran, Somalia, Libya and Yemen.

The company made the remarks on Monday. In a joint statement, Executive Chairman Bill Ford and President and CEO Mark Fields said, "Respect for all people is a core value of Ford Motor Company, and we are proud of the rich diversity of our company here at home and around the world." They added, "That is why we do not support this policy or any other that goes against our values as a company."

Fields met with the Trump administration last week, calling it a "very, very positive meeting." He is also a member of the Trump team's manufacturing council.

The Ford executives noted in their joint statement, "We will continue working to ensure the well-being of our employees by promoting the values of respect and inclusion in the workplace."

Trump's executive order sparked massive protests at airports across the country over the weekend, including in New York, Chicago, D.C., and Los Angeles.