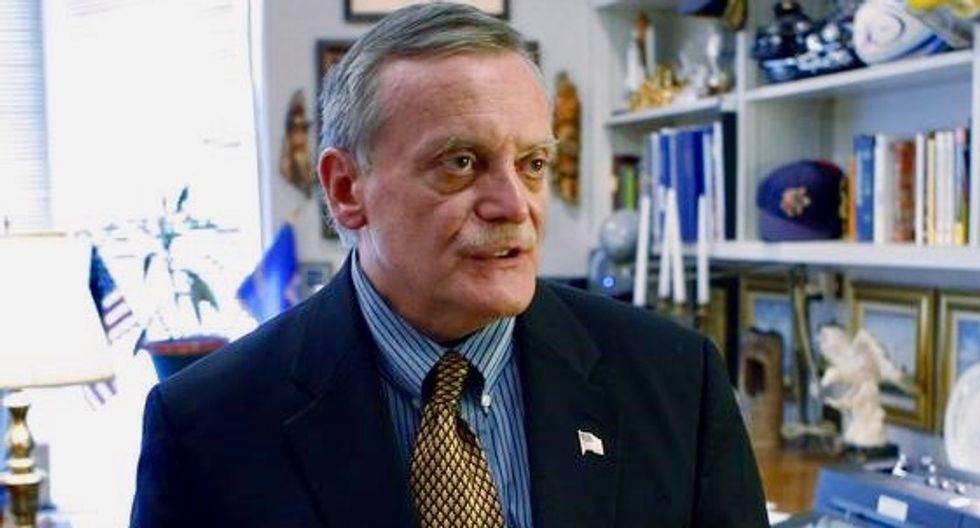 A former long-time mayor of Pennsylvania's capital was sentenced to two years of probation on Friday after pleading guilty on charges related to the theft of artifacts purchased with public funds for a museum that was never built in the city.

Stephen Reed, a collector of American West memorabilia who served as the mayor of Harrisburg for 28 years, was given no jail time in a case that initially included nearly 500 charges.

He pleaded guilty earlier this week to 20 counts of receiving stolen historical items that had been intended for a Museum of the American West that he championed as a tourist draw for his financially strapped city. In his defense, Reed said he mistakenly took home some artifacts that did not belong to him.

In handing down the sentence in Dauphin County Court of Common Pleas, Judge Kevin Hess praised the 67-year-old Reed for his long service to the city.

Hess said he was imposing no jail time because Reed had taken full responsibility for his actions, and said it was “far from certain” Reed would have been convicted if he went to trial.

Reed “revitalized the city of Harrisburg in ways that are obvious to anyone who looks out of this courthouse,” Hess said.

After the sentencing, Reed said he was relieved the ordeal was over. “I will focus on a significant health challenge I face,” said Reed, who is being treated for prostate cancer.

The judge previously threw out many of the most serious charges, including siphoning money from city and school district bond issues, because of the statue of limitations.

Reed may apply to end the probation as soon as he pays a $2,000 fine and the costs of prosecution.

Prosecutor Rebecca Franz said “justice was achieved” by the verdict.

But Harrisburg's current mayor, Eric Papenfuse decried the sentence, attributing many of the city’s financial problems to Reed. Harrisburg in 2011 filed for bankruptcy, but was put into receivership after the case was thrown out.

After the hearing, Papenfuse said his predecessor should have received two to five years in prison because of damage he did to the city in the museum case and other matters, including a failed incinerator retrofit project.

Reed claims more than 1,800 artifacts seized from his home during the investigation rightfully belong to him, and he has asked the court to return them.

A hearing on his motion is scheduled in March.