Fort Worth officer in viral arrest video suspended for 10 days 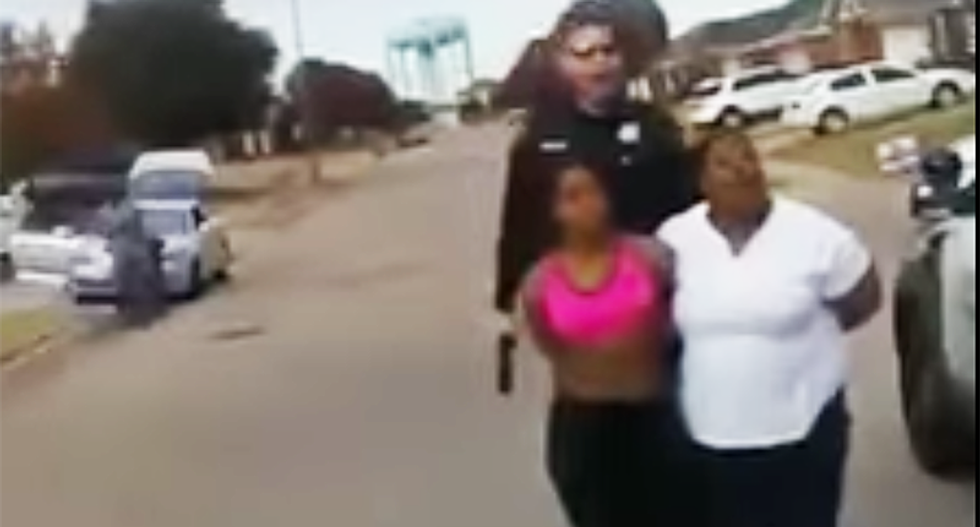 The white Fort Worth police officer seen in a viral video wrestling to the ground and arresting a black woman who called police to report a neighbor choking her son has been suspended for 10 days for neglect of duty, police said on Monday.

Officer William Martin accepted the punishment and was sorry for what happened, Fort Worth Police Chief Joel Fitzgerald told a news conference, saying the department was conducting a thorough investigation.

"The department keeping him on is not sanctioning bad behavior," Fitzgerald said. He said the officer, who will be suspended without pay, was discourteous. The chief has previously dismissed any discussion that race was a factor.

The Facebook Live video seen more than 2.5 million times in the few days after the incident in late December ignited nationwide rage, with many saying the reason for the arrest was racial bias.

The woman in the video, Jacqueline Craig, 46, and the officer argued about a man she said had choked her 7-year-old son for throwing paper on the ground.

In the video, Martin says, "Why don't you teach your son not to litter?"

The comment angered Craig. She told the officer he should be more concerned about a man who choked her son rather than whether the child littered.

After the arrest, the officer was subject to racial taunts and profanity from bystanders, the video showed.

He was placed on restrictive duty status after the incident.

The Fort Worth police chief said after training, he wants Martin back in the neighborhood, working to regain trust.

Craig was not immediately available for comment on the punishment. She has previously said she thought she was doing the right thing in seeking help from police to report someone choking her child.

Her lawyer has called for the officer to be fired and prosecuted, and for the city to drop charges against Craig and her daughters.

A series of videos showing officers using deadly force against unarmed African-Americans in recent years has touched off protests and raised questions of racial bias in U.S. policing.