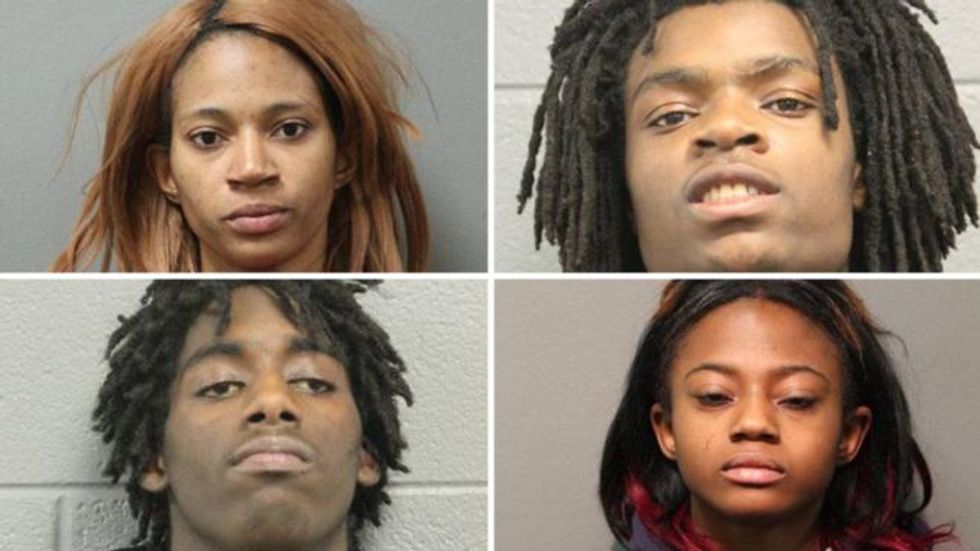 Four African-Americans accused of attacking an 18-year-old white man with special needs while making anti-white racial taunts in an assault broadcast on Facebook were ordered held without bail by a Chicago judge on Friday.

Judge Maria Kuriakos Ciesil ordered all four held without bail on Friday at a Chicago bond court, according to the Circuit Court of Cook County Clerk's Office.

"I'm looking at each of you and wondering where was the sense of decency that each of you should have had?" Judge Ciesil said, according to the Chicago Tribune. "I don't see it."

The four are accused of kidnapping and torturing the man, who had planned to spend the New Year's holiday with Hill, whom he knew from school. A portion of the ordeal was broadcast on the Facebook Live service, drawing widespread shock and condemnation.

By Jan. 2, the victim's mother had grown concerned after not hearing from her son. She was able to contact Hill through social media and asked for her son to be returned. This angered Hill, assistant state's attorney Erin Antonietti told members of the media outside the court on Friday.

The victim is schizophrenic and suffers from attention deficit disorder, Antonietti said.

She said Hill took the victim to an apartment where he was bound, gagged, beaten and stabbed with a knife while his assailants streamed the incident online. They also shouted obscenities about President-elect Donald Trump and "white people."

"The victim is screaming 'no' in fear when a male walks over to him with a knife and states, 'Should I shank his ass?'" Antonietti said, quoting a statement that she had read earlier in court.

During the attack, Hill contacted the victim's mother and demanded $300 in exchange for her son, Antonietti said.

Police located the victim on Tuesday after neighbors complained about noise coming from the apartment. He was disoriented and wearing shorts in freezing weather, police said. The four are scheduled to appear next in court on Jan. 27.

(Reporting by Timothy Mclaughlin in Chicago; Editing by Sharon Bernstein and Richard Chang)