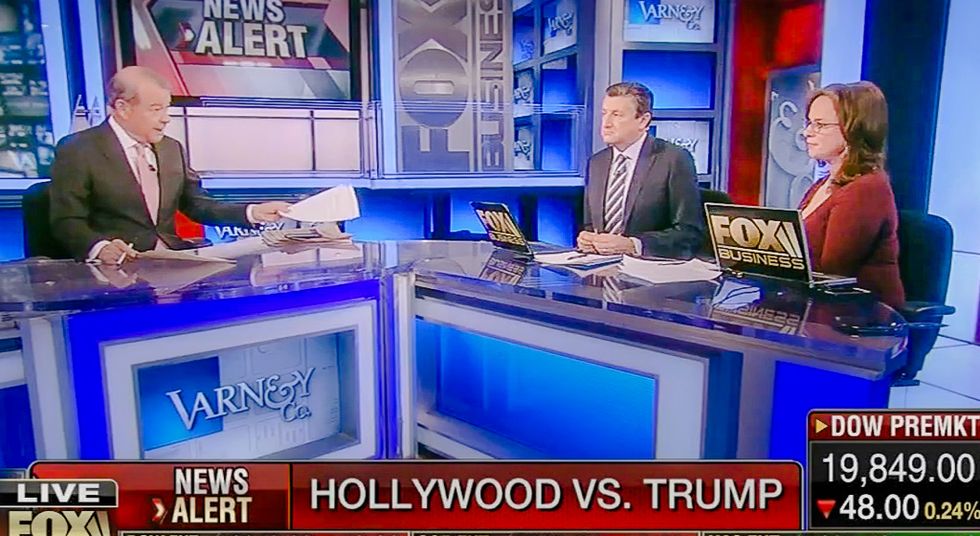 Even pundits on the Fox Business network were calling out President-elect Donald Trump on Monday after he launched a Twitter tirade against actress Meryl Streep.

On Sunday, Streep delivered a moving speech at the Golden Globes that highlighted Trump's mocking of a disabled reporter.

"It kind of broke my heart when I saw it, and I still can’t get it out of my head," Streep told the audience. "And this instinct to humiliate, when it’s modeled by someone in the public platform, by someone powerful, it filters down into everybody’s life, because it kinda gives permission for other people to do the same thing."

Trump responded on Monday with a series of tweets calling Streep "one of the most over-rated actresses in Hollywood."

Trump's defense, however, was a bridge too far for Fox Business host Stuart Varney and his Monday morning panel of guests.

"I mean, he demeans himself," she added. "You cannot expect people to climb on board with agenda when your judgement is so poor in making attacks like that."

"I got it and I think you're right," Varney agreed.

Watch the video below from Fox Business, broadcast Jan. 9, 2017.