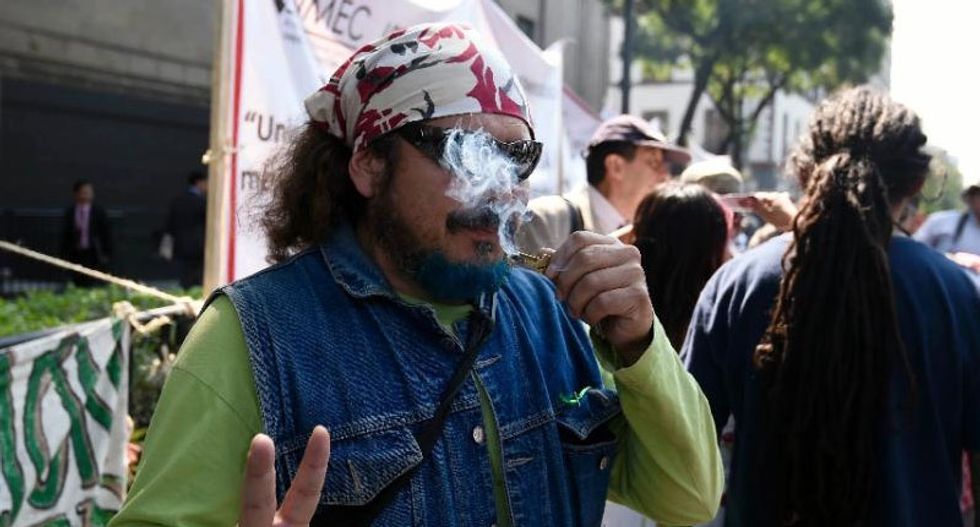 A D.C.-based weed legalization group has announced that they will be handing out 4,200 free joints at Donald Trump's inauguration to celebrate relaxed marijuana laws in the district and to help those partaking deal with the reality of Trump as president, WUSA is reporting.

The DC Cannabis Coalition is using the historic occasion to call attention to the passage of Initiative 71 which made it legal to possess two ounces or less of marijuana, to grow it, and to give it away.

What is doesn't allow is the sale of weed.

According to the group, they will start handing out joints at 8:00 a.m. on January 20th on the west side of Dupont Circle, before leading a protest march to the National Mall.

“The main message is it’s time to legalize cannabis at the federal level. We don't want any money exchanged whatsoever, this is really a gift for people who come to Washington, D.C.," said Adam Eidinger, the founder of DCMJ which was behind Initiative 71.

According to Eidinger, imbibers will be asked to blaze up at 4 minutes and 20 seconds into Trump's speech.