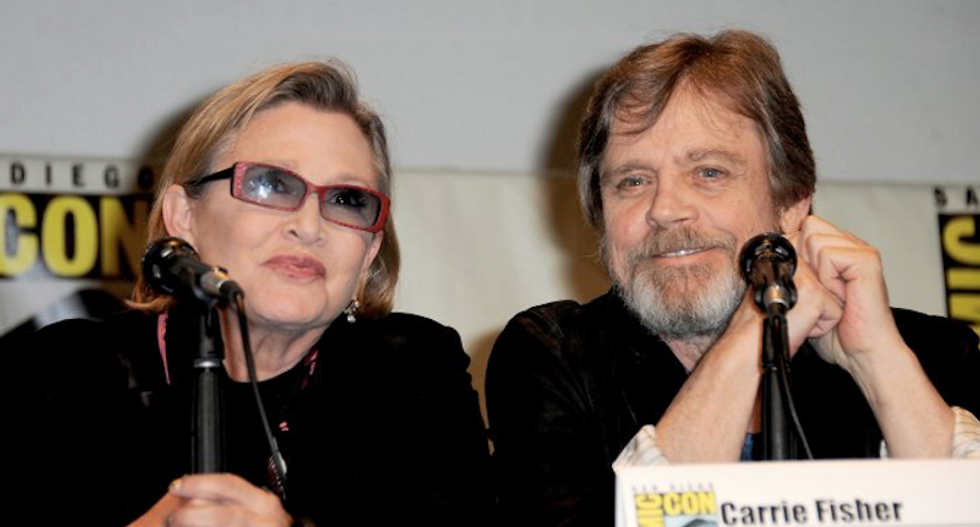 Writing in the Hollywood Reporter, actor Mark Hamill—who played Luke Skywalker in the Star Wars trilogy—described what made Carrie Fisher so special. Hamill says he was instantly impressed with Fisher, despite her young years when they first met (Fisher was 19).

"I was a worldly 24. So I was thinking, “Oh my God, it’ll be like working with a high school kid.” But I was just bowled over. I mean she was just so instantly ingratiating and funny and outspoken. She had a way of just being so brutally candid," Hamill writes.

He describes the proud achievement of getting Fisher to laugh. "The lengths I would go to hear her laugh — there were no limits. I loved her and loved making her laugh. She would do these crazy things and make me do these crazy things, but I really don’t think they were crazy after all. In a way, it was a defense mechanism for her."

Not everything about her was easy, he admits. "It’s not all one sided. Like I say, she was a handful. She was high maintenance. But my life would have been so much drabber and less interesting if she hadn’t been the friend that she was."