Garrison Keillor rips Trump’s pettiness: He went to the CIA and ‘b*tched about his newspaper coverage’ 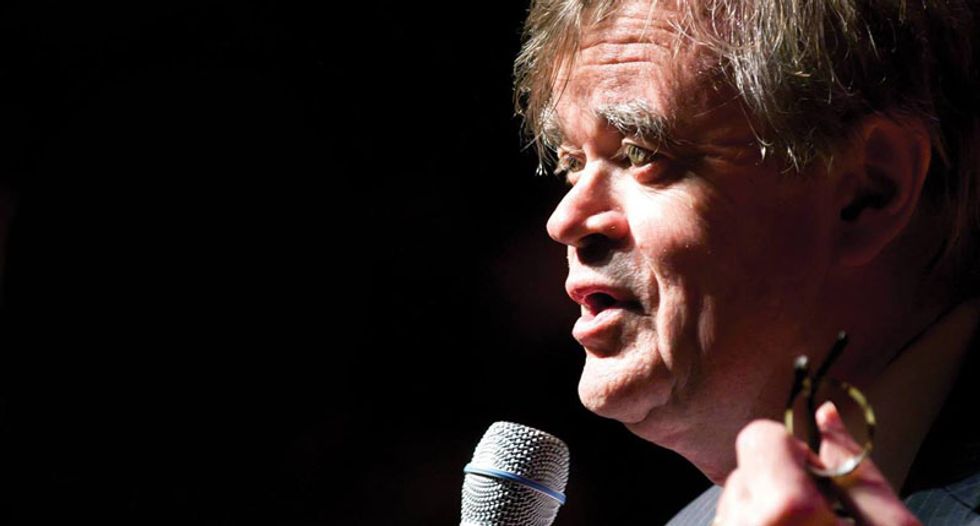 Author and radio personality Garrison Keillor on Tuesday warned “American self-respect is what is at stake” with “clueless” Donald Trump at the helm.

“What we know so far is that the man is who his is,” Keillor began in an article published by the Washington Post. “There is no larger, finer man inside him trying to get out. Everyone who is paying attention knows this.”

Referring to Trump’s inauguration speech last Friday, Keillor argued, “There might as well have been a 14-year-old boy at the lectern saying that he is in possession of the Golden Goblet,” before eviscerating Trump’s performance in the days since.

“The next day [Trump] motored out to the CIA and stood before the memorial wall honoring heroes who gave their lives in anonymity and he bitched about his newspaper coverage," Keillor wrote. "The next day he boasted that his inauguration's TV ratings were higher than those in 2013. The day after that, he told the congressional leadership that he lost the popular vote because millions of illegal votes were cast, which everyone in the room knew was a bald-faced lie, except perhaps Himself.”