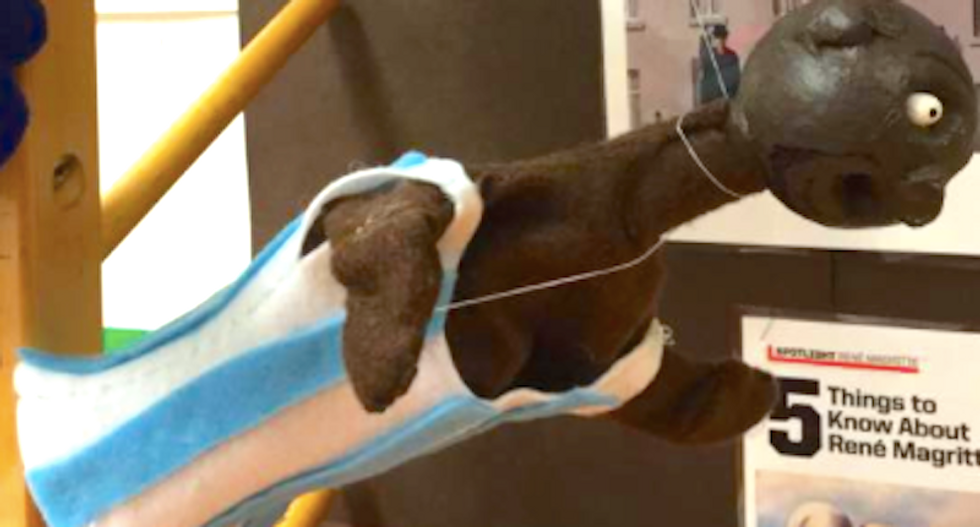 A girls basketball team in New Jersey found a black dummy hanging by its neck in a classroom when they arrived for a game at another school.

The Plainfield High School team, which comes from a community that's 50 percent African-American, was visiting Arthur L. Johnson High School in Clark, where less than 1 percent of the population is black, reported My Central Jersey.

The girls were given a classroom to change into their uniforms for a game Saturday morning, and they found the dummy hanging by its neck from a string tied to a post with a basketball attached.

The dummy's eyes were bulging from its head and its mouth was gaped open, the website reported.

Plainfield's coach confirmed the incident, and he said the team quickly left the school after losing 64-20.

Someone on the team photographed the dummy and posted the image on Facebook.

The superintendent of Clark Public Schools said the incident was under investigation.