GOP congressman shrugs off detainment of Iraqi war heroes: 'This happens' to 'people of this color' 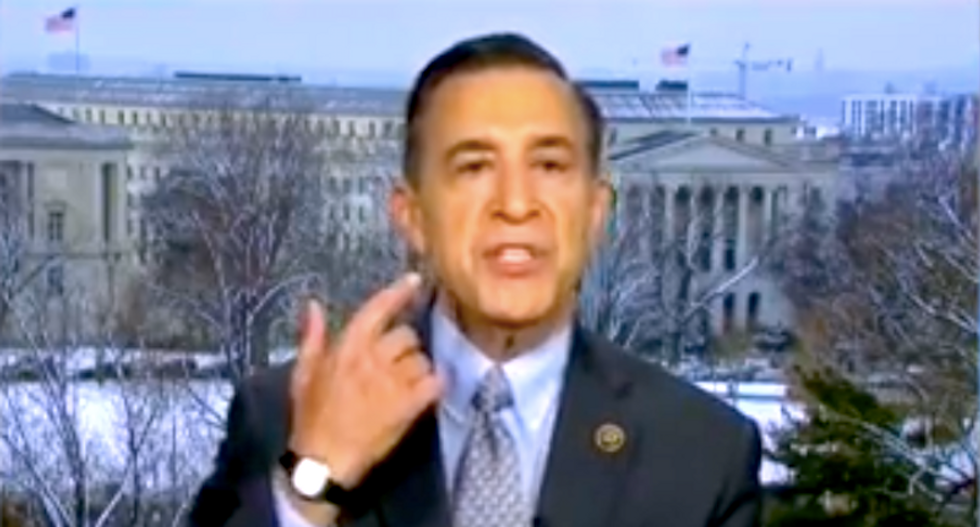 The Republican lawmaker appeared Monday morning on CNN Newsroom, where host Carol Costello pressed him to address concerns that the order was written by Steve Bannon, the chief strategist for President Donald Trump and former chief executive of the "platform for the alt-right" Breitbart News.

"Does that concern you that Steve Bannon was advising the president, and he didn't reach out to lawmakers like you? Costello asked. "You're on the foreign relations committee."

Issa insisted he wasn't sure whether Bannon, who has said he believes Christians are engaged in a "very brutal and bloody conflict" against Muslim "barbarity," helped draft the executive order.

"The president is trying to react to a crisis that has been ongoing for a period of time," Issa said, and then tried to change the subject.

The GOP congressman, who is Lebanese-American, disputed Costello's characterization of the order's implementation as "chaotic," saying that was simply her opinion and that only a few travelers were detained.

"Carol, I don't want to argue, but you're conflating what happens every day with to people of this color," Issa said, pointing to his own cheek, "every day at the airport -- and has been happening for 16 years. When you take these anecdotal examples, that's what you're doing. The numbers are relatively small, I think Americans like myself who have been stopped -- even as a congressman -- (for) secondary (screening) or even refused to be boarded on an airplane once, this sort of thing happens."

Costello repeatedly pressed Issa on Bannon, but the lawmaker blamed Democratic senators for not quickly confirming Rex Tillerson for secretary of state.

"That's deflection," Costello said. "Should he have waited, then, for the secretary of state to be confirmed (so) he could have consulted with Rex Tillerson?"

Issa paused, before pointing out that former President Barack Obama had bombed suspected ISIS militants the day before he left office.