GOP lawmaker threatens jail for protesters who called ex-NC Gov. McCrory a ‘bigot’ to his face 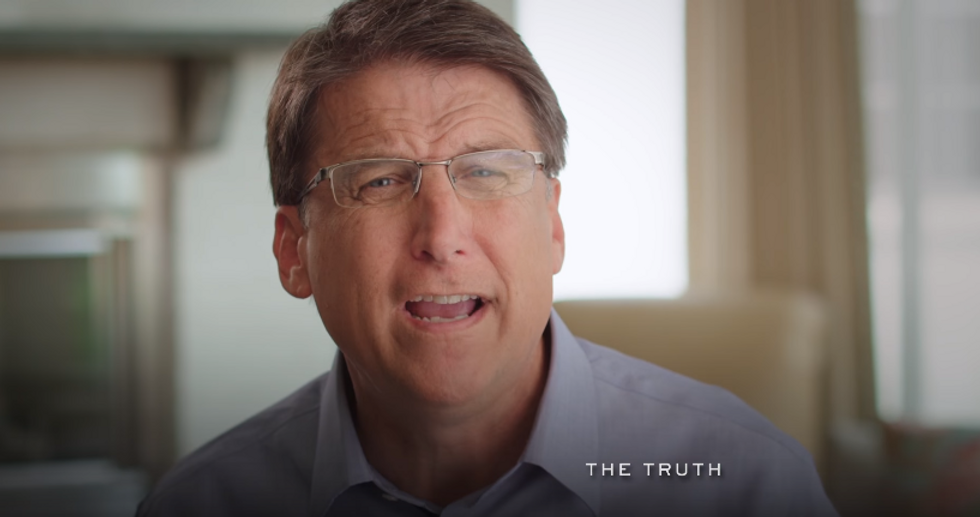 Earlier this week, pro-LGBT rights protesters confronted former North Carolina Gov. Pat McCrory while he was in Washington, D.C. -- and at least one North Carolina lawmaker thinks they should go to jail for it.

The Charlotte Observer reports that Sen. Dan Bishop, a Charlotte Republican, has proposed a new measure that would make it a crime to "threaten, intimidate, or retaliate against a present or former North Carolina official in the course of, or on account of, the performance of his or her duties."

The measure came in response to a video in which several protesters followed Ex-Gov. McCrory down a street in Washington, D.C. while chanting things like "Shame!" and "Anti-gay bigot!"

"If Gov. McCrory were a former official of the District of Columbia, this incident might have been a crime punishable by five years in prison,” Bishop in an official statement. "So should it be in North Carolina. This is dangerous. Jim Hunt, Bev Purdue and other governors never faced riotous mobs in their post-service, private lives, without personal security."

At no point in the video did any protester physically touch McCrory or make any threat against the former governor.

And since issuing threats to public officials is already a crime, the scope of Bishop's bill would likely depend on how it defines "harassment" and "retaliation" against current or former government officials.

As the Charlotte Observer notes, ACLU state policy director Sarah Gillooly says that the protesters in the video were well within their First Amendment rights to publicly protest against McCrory.

"People’s right to criticize politicians – whether in a newspaper, at a meeting, or on a public street – is the very heart of what the First Amendment protects," she said.

Bishop was a prime sponsor of the infamous HB2 "bathroom bill" that banned transgender people from using the bathrooms of their choice, and also barred citizens from suing municipalities for any form of discrimination at the state level.