'He doesn't like Trump one bit': Choir quitter isn't only Mormon with inauguration dread 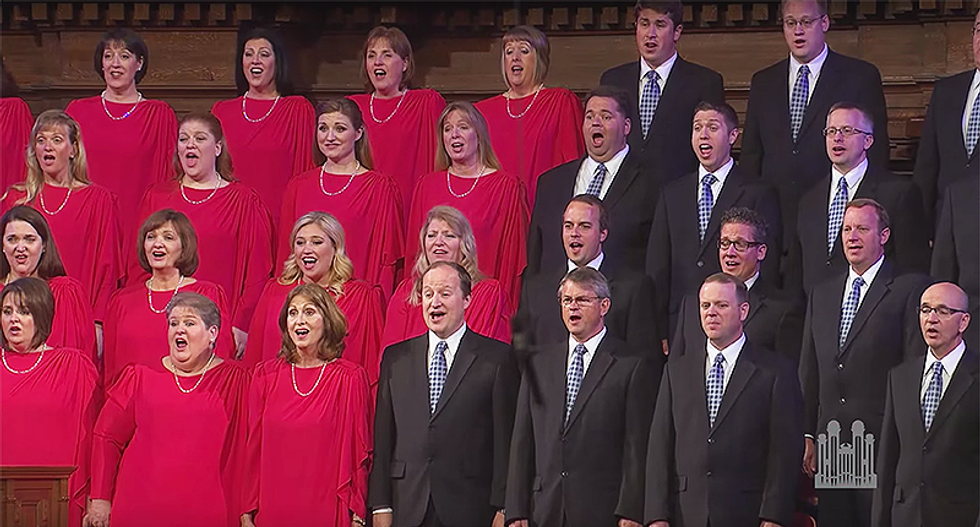 Janet Chamberlin quit the Mormon Tabernacle Choir very publicly last week because she couldn't bring herself to endorse what she called "fascism." But now it seems Chamberlin isn't the only one who takes issue with President-elect Donald Trump.

A report from KUER-FM, explains that some Mormons in Utah are excited for the performance and don't see it as an endorsement of Trump or his politics. Others aren't so supportive.

Erika Munson thinks the choir performing at Trump's inauguration is a conflict of their principles. She's a founder of a pro-LGBT Mormon group called Mormons Building Bridges. She is concerned about her church being aligned with the things Trump has said about women, minority groups and immigrants.

"On the one hand, you have unity and patriotism, but on the other hand, you have the value of love and care for every human being that Christ taught," said Munson, whose husband sings in the choir.

"He feels like it's his duty to support the Constitution and the inaugural process," she explained. "And as a citizen, he thinks that's important. He didn't vote for Trump. He doesn't like Trump one bit."

Randall Thacker was so bothered by the scheduled performance he started an online petition urging the choir to pull out.

"My heart sunk," he said in an interview with Fox13. "The feeling now is, how they can do that?"

"I would hope that the Church would realize that this could be a turning point in the way that they are perceived," Thacker continued. "They are going to be perceived as guilty by association to somebody who has had very harsh rhetoric towards minority groups."

The Mormon church has a complicated relationship with minorities. From 1849 to 1978 the church had a policy that denied black men from being ordained into the priesthood. Their policies also forbid black men and women from participating in any ceremonies in the temple. In 1978 the policy was lifted because there was a revelation by God, it was known as part of "Official Declaration 2."

While Trump ultimately won Utah, he did worse than any Republican in over 20 years with only 46 percent. In fact, while Trump was racking up primary wins across the country, Utah votes put Trump in third place behind Gov. John Kasich (R-OH) and Sen. Ted Cruz (R-TX).

"Response to the announcement has been mixed, with people expressing both opposition and support," church spokesman Eric Hawkins said in a statement. "The Choir`s participation continues its long tradition of performing for U.S. Presidents of both parties at Inaugurations and in other settings and is not an implied support of party affiliations or politics. It is a demonstration of our support for freedom, civility and the peaceful transition of power."

The choir has proudly sang at six inaugurations, only one of which, however, was for a Democrat, and that performance was over 50 years ago. The LDS church officially has no statement on Trump or the Choir performing at the inauguration but acknowledged that many have concerns.