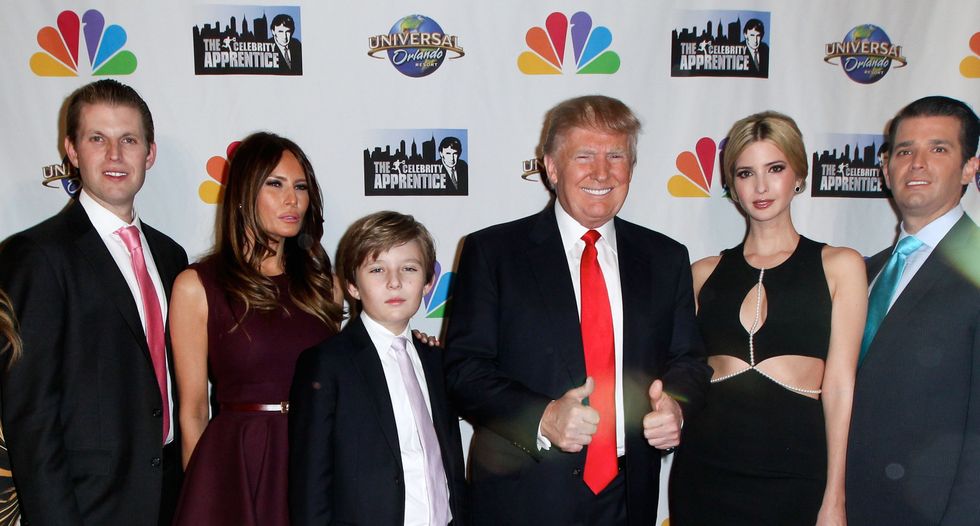 Donald Trump’s inauguration as US president will go down as one of the great spectacles of our age. While protesters have been venting their anger, his supporters have been cheering his victory. Almost half of Americans may not have bothered to vote on November 8, but, oh boy, will most of them be watching the show now.

If you are among those trying to make sense of the rise of Donald Trump, you have to first understand reality television. The new president’s bewildering journey from The Apprentice to the Oval Office has been made possible by what he learned behind the cameras about the voting public and their relationship with modern televised entertainment. The media widely refers to Trump as a reality TV star. In fact, Trump and his advisers have turned the election and the presidency into the greatest reality TV show on Earth.

The Apprentice is a lesser example of a genre known as “structured reality TV”. Epitomised by Keeping Up With the Kardashians, other classics would include The Osbournes, The Only Way is Essex and Made in Chelsea. The genre is an intriguing hybrid of dramatisation and real life.

We all know the scenes are scripted or at least “directed” to maximise the drama, but the events are also based to some extent on the stars’ real lives. We buy in to a paradox, since it’s less entertaining if you have to wait for the action to happen, like on Big Brother, or if stories are completely fictional, like in soap operas.

Trump has used exactly the same style to win power. Millions of people enjoy consuming news of his latest activities, sharing the latest and speculating about what will happen next. It doesn’t matter that we broadly acknowledge that Trump’s rhetoric is often false or unfounded – as does the man himself on occasions. He has manufactured a parallel structured reality, real enough to be compelling but fantastical enough to be entertaining.

When we looked at what engages people with this kind of structured reality, we identified three key factors that could be applied to existing academic theories: a competition between different characters, a spectacle that exaggerates or stylises reality; and cultural hallmarks that help us to understand the environment.

This applies equally to Trump: he made the campaign a Hunger Games-style fight to the death between him and Hillary Clinton, turning on a clash of personalities. He took his political positions to their extremes during public rallies, such as proposing a wall with Mexico; and he painted a picture of his America by drawing caricatures in crayon for the electorate, such as calling Mexicans rapists and criminals.

He also shared another important feature of structured reality TV, which is that people’s consumption is not restricted to watching the shows. We intensify the viewing experience by engaging with these people on social media and seeing them discussed in the media outside the limitations of the actual show.

Shows like Big Brother and The X Factor hinge on the audience’s ability to influence participants’ outcomes through voting. Structured reality TV goes one stage further by embedding the sensation of voting in the normal rhythms of viewers’ social activity through mechanisms like social media. Donald Trump gave viewers the best of both: furious Twitter activity and an actual vote at the end, and something no other reality TV show can match – the prospect of influencing real life in a major way.

Trump played a similar trick on viewers as when we see someone like Kim Kardashian on the screen. Kardashian’s apparently stylised, exaggerated and idealistic world is dragged into reality by her seeming accessibility to viewers through social media. This bridges the gap between viewers’ desire to be like her and being able to fulfil that aspiration. Since we know what we’re seeing isn’t real but we persuade ourselves it’s a reality we can aspire to, we’re in on the delusion.

So too with Trump’s run for president – the man who became a billionaire property tycoon and then a household name as host of The Apprentice. This American dream fairytale has been undermined by ambiguity over his true wealth and business success, yet his supporters use it as proof of his eligibility for office all the same.

They also use his inflammatory and divisive rhetoric as an excuse to display extreme views and normalise them. It echoes the way that after The Only Way is Essex appeared on British screens, many people from Essex became “more like” the stereotypical view of people from the county as they aspired to live like the stars of the show.

The really neat trick from producers of the best structured reality TV is using our audience participation to know which way to steer the “drama” next. Do this and, hey presto, we feel like we are getting exactly what we want.

Trump’s supporters and opponents must have come away with a similar feeling from his “America first” inauguration speech and the subsequent spat over the number of people who attended the ceremony. Trump’s press secretary Sean Spicer delivering inauguration facts widely seen as false is a beautiful metaphor for people’s fears that Trump will worry more about appearances than getting on with the job – and potentially use it as a smokescreen for policy vacuums.

Trump’s chief of staff, Reince Priebus, meanwhile, accused the media of “talking about delegitimising the election” from day one, saying the administration would fight press coverage “tooth and nail every day”. Clearly The Hunger Games analogy continues, with the team now fighting the press. Over the next few weeks, Hillary Clinton is also likely to be replaced by Theresa May, the UK prime minister, and the Mexican and Canadian premiers as the next round of supporting actors in the Trump show to take to the stage.

Like the Kardashians, don’t be surprised if the Trump family become more prominent, too, or if this show runs for multiple seasons. When it’s worked this well until now, after all, why on earth would Donald Trump change direction?