'I want to correct this for our viewers': CNN host fact checks Trump backer's Muslim ban lie on air 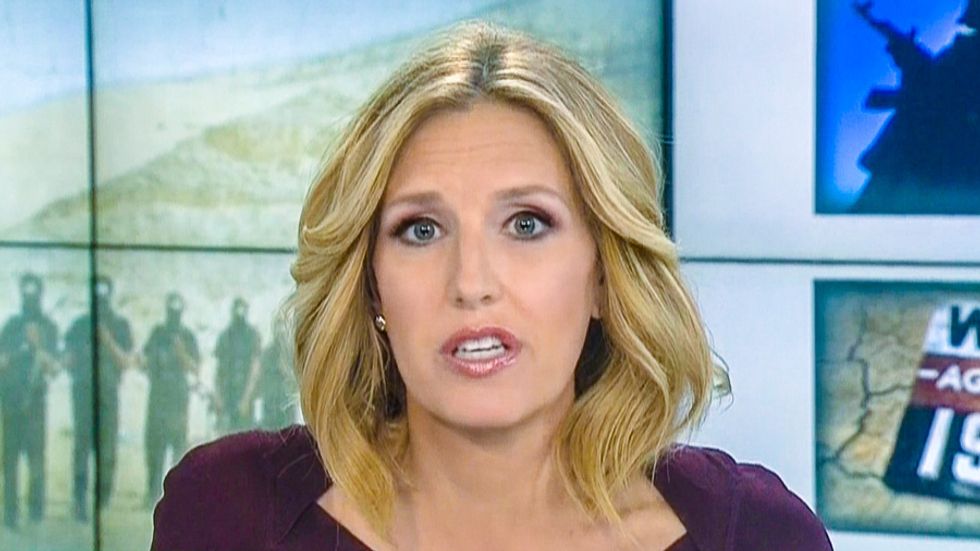 CNN's Poppy Harlow asked Trump adviser and former U.S. Rep. Jack Kingston (R-GA) a couple of pointed questions about Pres. Trump's ban on Muslim refugees on Saturday, then fact-checked him live on the air when he tried to fudge his answers.

"What data can you point to that justifies that these seven nations have a tie to U.S. terror attacks or a higher incidence of bringing terror to this country?" she asked.

"So you say these are not countries that love the United States and therefore this is justified," Harlow said. So, what about Russia?"

"Well, I think in Russia -- you know, there's a lot of other Islamic countries and other countries that aren't always fond of America, but I don't think you have necessarily the concerns and the vigilance that you need if you're talking about Sudan."

Harlow pointed out the complicated series of hurdles a Syrian refugee faces before being allowed to the U.S., a process that she said is lengthy and "incredibly hard."

"Congressman, can you point to a single terrorist attack in this country that was carried out by a Syrian refugee?" she said.

"I think you could look at DHS records and see that refugees in general have often been the cloak under which terrorists do move from country to country," Kingston said. "And we do not know who's coming in to our country."

Harlow doubled down, "But Congressman, I asked if you could point to an event that you feel justifies this ban, that has endangered or killed American people."

"Poppy, let me point to it, Ft. Hood, Orlando, San Bernardino, and terror attacks around the world," Kingston said.

Harlow tried to point out that none of those people were Syrian or refugees, "Congressman, you said something that is not factual."

"Because you're not letting me finish the sentence," Kingston said, "All of these security, the terrorist attacks have to do with who's coming in, how long have they been there, where they're being radicalized and what's happening with this order is it's part of a greater security goal."

"Congressman, you're talking about American citizens," Harlow said. "I want to correct this for our viewers."

The Ft. Hood shooter, she said, Nadal Hassan, was born in Arlington, Virginia. The San Bernardino shooter was born in Illinois. Omar Mateen, the shooter in Orlando's Pulse nightclub massacre was born in New York.

"How is that justification?" she said.

"This is all part of the defense against terrorism and it's all part of immigration security," Kingston said.