'I won't be part of a white-woman kumbaya march': Portland NAACP drops support of anti-Trump protest 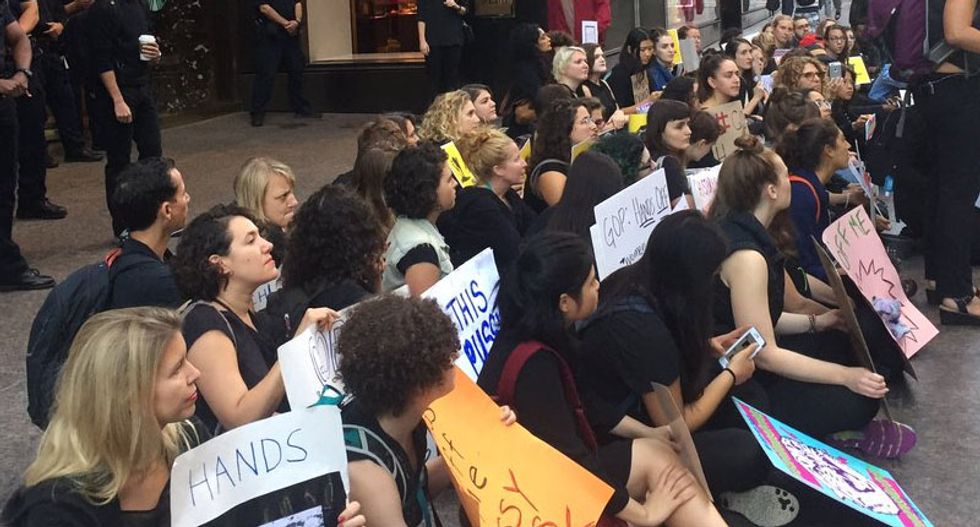 Portland's Women's March against President-elect Donald Trump has been criticized as a march for white women, leading the NAACP of Portland to drop its endorsement of the march, the Willamette Week reports.

"I didn't want to be part of the march if it was going to be a white-woman kumbaya march," the group's president Jo Ann Hardesty said of the march, which will be held on Jan. 21 along with other women's marches across the country.

The NAACP of Portland voted on Wednesday to drop their endorsement of the march, commenting on the original organizers' unwillingness to include any discussion of discrimination affecting immigrants, Muslim women, and women of color.

Hardesty told WW the organizers said those issues, as well as mention of the Black Lives Matter movement were "too political." She said, "I can't imagine bringing 20,000 women together and not addressing the most critical issues that are facing women in our community."

Writer and activist Margaret Jacobsen joined the organizing efforts last Friday and told WW, "We're changing it so that people feel welcome and know that they are safe here." The march's new leadership attempts to be inclusive of issues faced by women of color and turn the movement around before next week.

Women's marches across the country, including the march in Washington, D.C. — also scheduled the day after Trump's inauguration — have received similar criticism about a lack of inclusion. Organizers of the Washington march have since released a platform of guiding and defining principles that seek to make the movement inclusive of a variety of issues women face.

"Recognizing that women have intersecting identities and are therefore impacted by a multitude of social justice and human rights issues, we have outlined a representative vision for a government that is based on the principles of liberty and justice for all," it reads.

Touching on racial and economic justice as connected to gender justice, the platform notes, "Our liberation is bound in each other’s." The guiding principles also touch on reproductive justice, LGBTQIA rights, police brutality, and workers rights.

Raw Story reached out to the Portland NAACP for a comment but it did not immediately respond. However, Hardesty told the WW, "I felt it was important that we not miss this teachable moment about what role of race and religion and class were playing in pulling this march together."