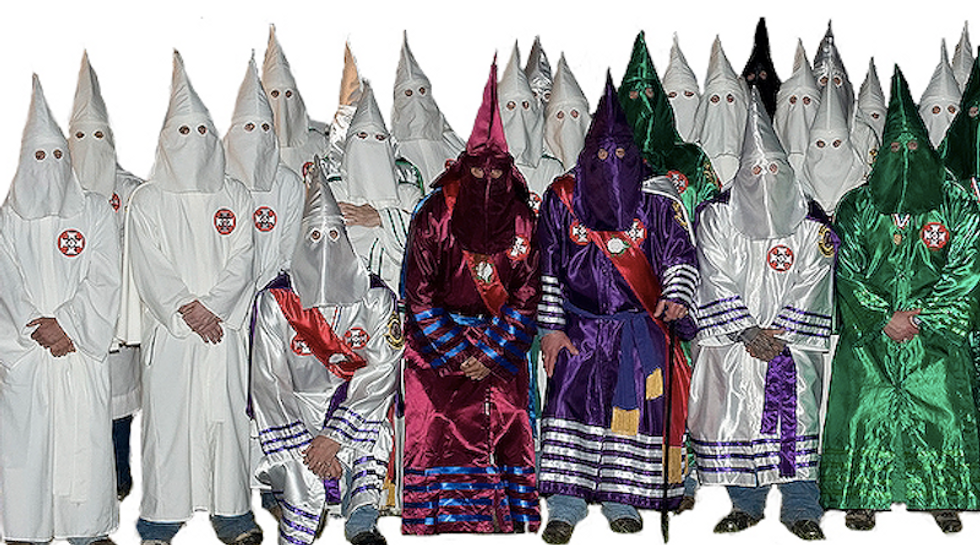 United Northern and Southern Knights of the Ku Klux Klan

An Illinois mother says that her black daughter has been the victim of severe—and oddly elaborate—racist bullying, reports Fox 32-Chicago.

According to Shonerka Howard, the middle school daughter found a note in her locker telling her to call a phone number. When she called, she was reportedly sent to the following voice recording:

Greetings, you have reached the loyal [inaudible] of the Ku Klux Klan. We just want to let you know how happy we are that that n***** Obama will be gone in a few days. Not only will white people rejoice, but black people will too. Obama has put not only our country in debt but millions of Americans as well. Thank God Trump is going to take over and send the Mexicans back so the real Americans can have a chance at putting some food on the table and keeping the lights on once again. Finally, there will be more jobs available. One of many of America's problem's is solved. If you're white and proud, join the crowd. White power.

The note was titled, "Vote Trump." 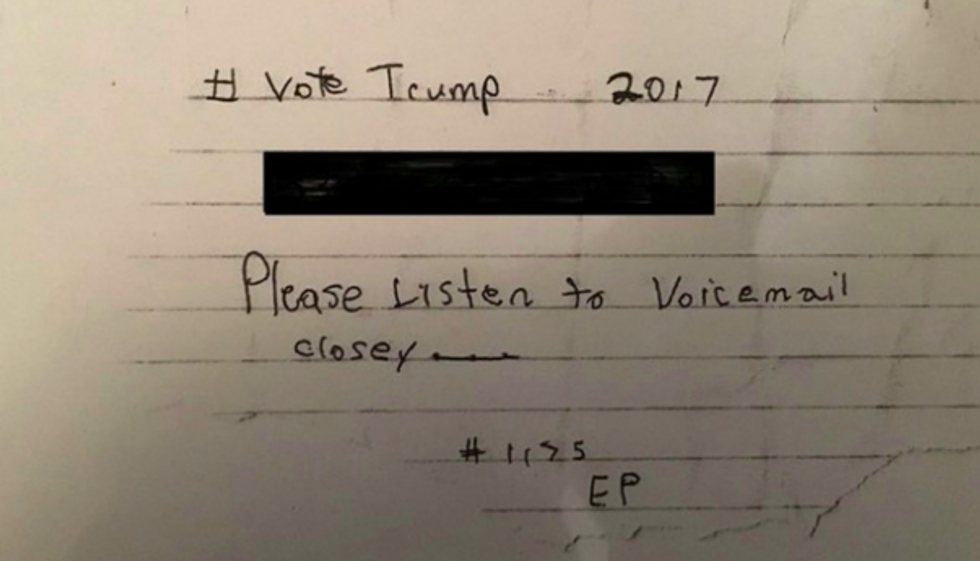 The school is investigating the incident.

According to Mic.com, there are four groups that are officially associated with the Ku Klux Klan operating in Illinois, including United Northern and Southern Knights in Chicago. Ironically, the website of the KKK website claims that "We don't harass or intimidate any person of another race.  We do not have time for ignorant behavior."