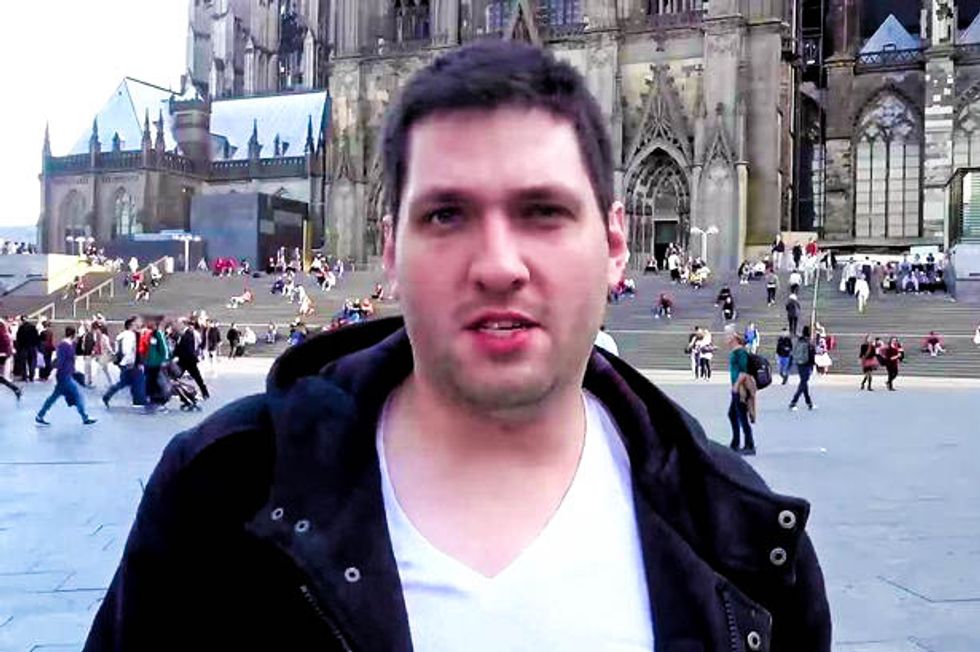 Scotish man Colin Robertson has been revealed as the influential racist vlogger behind the ­Millennial Woes blog (Screen cap via Daily Record).

An influential racist YouTuber living in Scotland has been unmasked as an unemployed ex-student who still lives with his father.

The Daily Record has confirmed that a 34-year-old Linlithgow resident named Colin Robertson is the man behind the Millennial Woes YouTube channel, which counts more than 20,000 subscribers and over 2 million video views.

Robertson has become an influential voice within the white nationalist movement, and late last year he gave a speech at the National Policy Institute conference in Washington, D.C., where participants raised their arms in Nazi salutes and shouted, "Hail Trump!"

As the Record notes, Robertson is explicitly a white nationalist, as he believes that white people are the only people who should be allowed to lawfully live in the United Kingdom.

Although he has no formal job, the Record says Robertson claims to make enough money to live via ads for his incendiary videos, which he shoots in his father's bedroom.