Joy Behar has a solution for voter fraud: 'If the election was rigged — then let's just do it over' 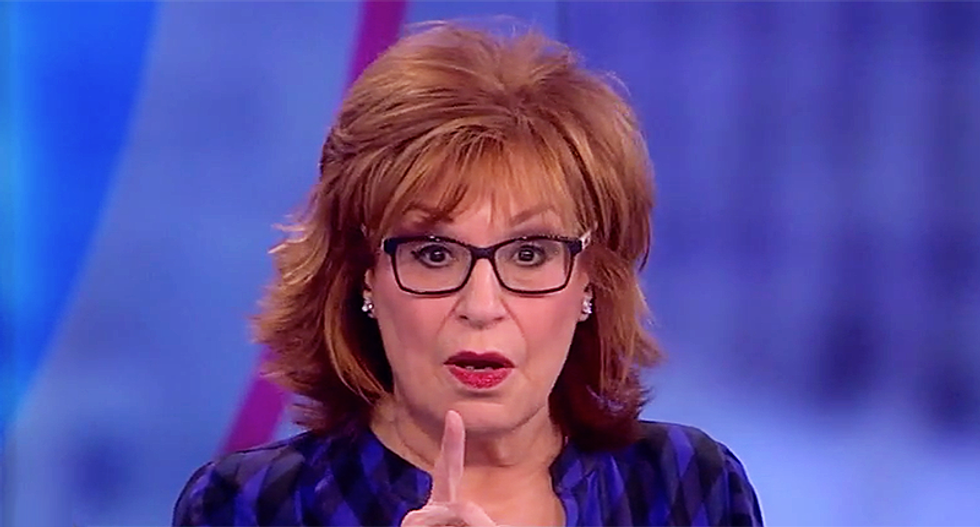 Joy Behar is ready to cave to Donald Trump's declaration that the popular vote was rigged, but not in a way he would like.

"If he thinks the election was rigged and there's voter fraud — let's just do it over again," Behar said on Wednesday's "The View."

The mix of conservative and liberal hosts all agreed that the allegations of 3 million to 5 million illegal voters is not only absurd but another example of "alternative facts," co-host Whoopi Goldberg said.

"I call that 'alternative fact' number one," Goldberg continued. "And the reason is because — remember when Jill Stein was petition for a recount? [Trump's] guys argued, 'All available evidence suggests the 2016 election was not tainted by fraud and mistakes.' So which is it? Those are his lawyers, so I assume they spoke to him!"

Co-host Sara Haines quoted Sean Spicer in his appearance Tuesday night on Fox News, in which he claimed facts were a lot like the weather.

Behar quoted Judge Judy's recent book titled Don't Pee on My Leg and Tell Me it's Raining as a perfect way to encapsulate Spicer's excuse.

Haines quoted her high school English teacher as advice to Spicer. "When you find yourself in a hole, stop digging."

Goldberg said that this "Trump fact" goes along with the claim that millions of Muslims in New Jersey were cheering on rooftops after 9/11. She tried to address Trump's claims of voter fraud but was left simply speechless. "There's no voter fraud," she finally said. "And if you really believe there is voter fraud ... then we want you to investigate it with an uninterested party."

You can see the full exchange below: