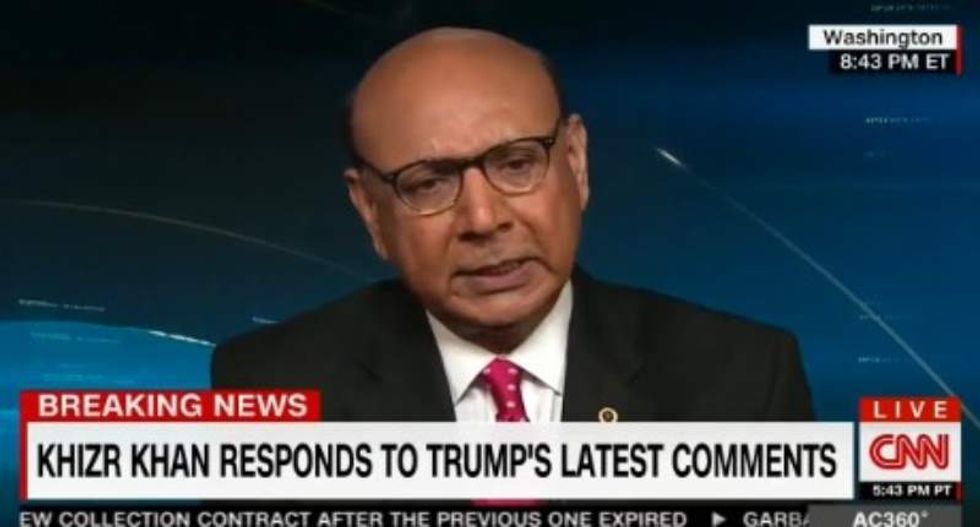 Khizr Khan responded to President Donald Trump's latest executive orders on Wednesday, which would ban Muslim travel and immigration from six countries, and the construction of the U.S.-Mexico border wall.

Khan, who is the father of a Muslim American Iraq war captain, Humayun Khan, who died in Iraq in 2014. Khan said the following in a statement on Wednesday:

Donald Trump’s race to violate constitutional principles and fundamental American values by targeting Muslims and immigrants is of tremendous concern. His expected executive orders on refugees and visas are a disturbing first step toward banning Muslims from entering our country.

Trump didn’t just threaten a Muslim ban, he promised this on the campaign trail, and it is incumbent on every single American to speak out against Trump’s actions today and every further step he and his administration may take to discriminate against Muslims.

Trump will reportedly announce plans to halt the refugee resettlement program until the Department of Homeland Security is able to improve the already-intensive vetting procedure.