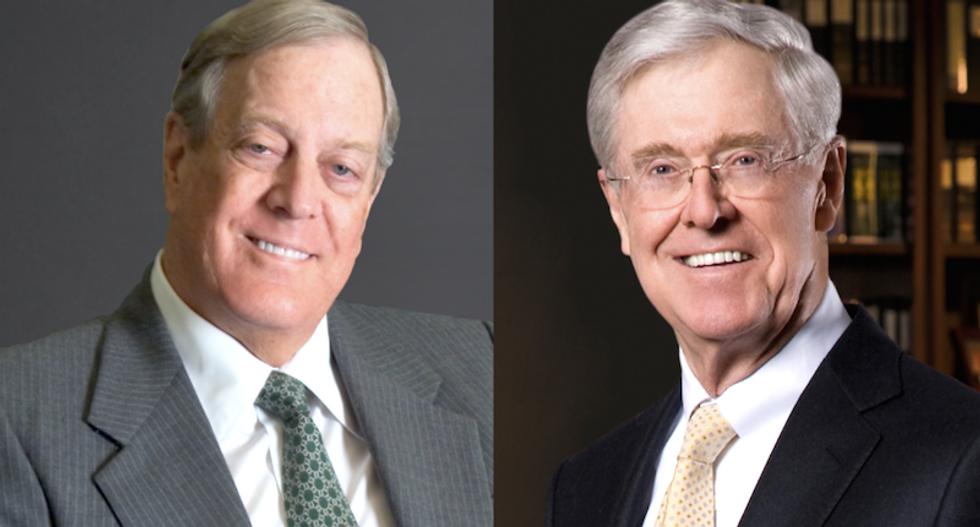 Republicans are under serious pressure to deliver results now that they hold the White House as well as both houses of Congress.

In a BuzzFeed report about Charles and David Koch working to hold Republican lawmakers accountable, it was revealed that the right has suddenly become the dog that caught the car. Over the weekend, the brothers brought together a conference of 550 donors who give more than $100,000 each year to the Koch's fundraising network.

“[Americans] are looking for answers to economic insecurity and this feeling that things are still not fair,” sad Brian Hooks, co-chairman of the Koch's network. He claimed that their message will not a partisan one.

"The message is very, very clear: The American people are hurting and they need for things to get better,” he continued. “And if things don’t get better, then we should expect history to repeat itself. Not only will millions of Americans dreams be dashed, but we should expect that the political pendulum will swing with even more force in the other direction next time — even further to the left than Bernie Sanders or Liz Warren.”

Those attending worked to understand the mindset of the Trump voters who "wanted something different" in a president. With 10 Democratic senators up for reelection, the Koch funders see it as an opportunity to achieve a filibuster-proof majority in the Senate.

“We can use the current situation to really turn up the heat on Democratic senators," Texas donor Chart Wescott told BuzzFeed.