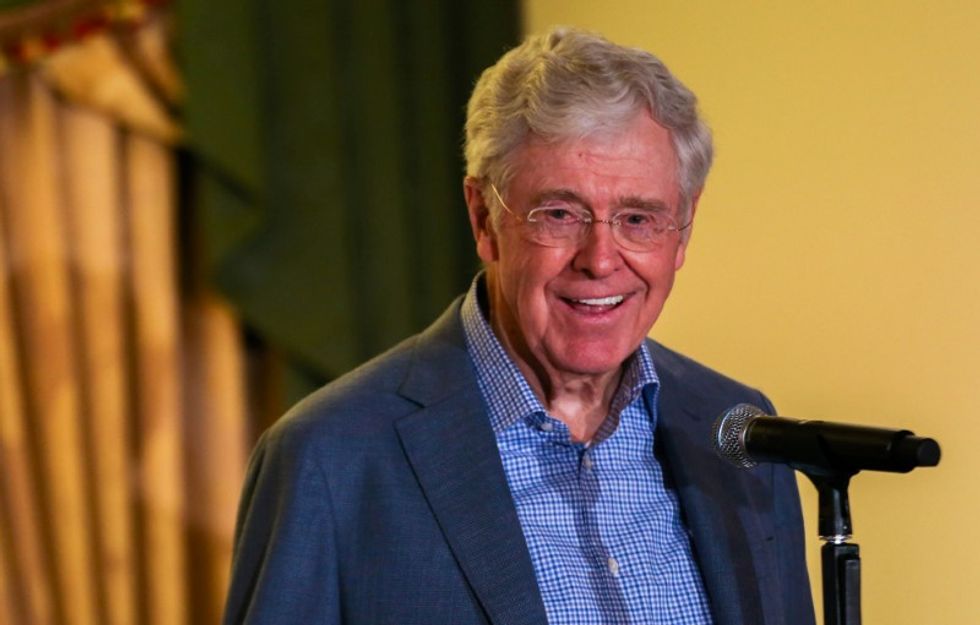 Charles Koch is pictured in this undated handout photo. Freedom Partners Chamber of Commerce/Handout via REUTERS

Billionaire industrialist Charles Koch is launching a campaign to sink a border tax under consideration by Republican leaders in Congress, a move that could complicate the lawmakers' efforts to find a way to pay for President Donald Trump's proposed wall on the U.S. border with Mexico.

Americans for Prosperity, a conservative political advocacy group founded by Charles Koch and his brother David, plans to use its network of wealthy political donors and activists to kill the proposal, which aims to raise $1.2 trillion over 10 years on goods coming into the United States, according to officials from the group, which gathered this weekend for a conference.

Republican House of Representatives Speaker Paul Ryan is pushing the tax as part of a broader overhaul of the U.S. tax code.

The White House has given mixed signals on whether Trump supports the approach, but proponents say revenue collected from the border tax could finance Trump's drive to build a wall along the southwestern U.S. border. Proponents also say it would discourage U.S. manufacturers from moving abroad.

On Thursday, AFP sent a letter expressing its opposition to the border tax to a House panel in charge of writing tax legislation.

AFP Chief Executive Officer Luke Hilgemann, in an interview, called the measure "a massive tax increase" on U.S. consumers, who would pay more for foreign goods. He urged Ryan to "go back to the drawing board."

AFP and its offshoot organizations have become a powerful force in U.S. politics, bolstering candidates and issues on federal and state levels.

Besides defying Republican leaders on the border tax, the Koch-led organization on Sunday challenged Trump on a policy he implemented on Friday to stop the movement of people from countries with large Muslim populations from traveling to the United States.

"The travel ban is the wrong approach and will likely be counterproductive," said an official of the Koch network.

Koch refused to endorse Trump during his presidential campaign, differing with the candidate over his positions on immigration and trade policy, and his practice of singling out companies for possible retribution if they move jobs abroad.

Nevertheless, Hilgemann said AFP had a "developing relationship" with the Trump White House, which he said had reached out to his organization to discuss some policy matters.

At the same time, former AFP officials have landed high-level jobs in the Trump administration, giving the group a conduit for airing its policy wishes.

Looking toward the 2018 congressional and gubernatorial elections, AFP officials said they planned to boost the network's spending on policy and political activities to between $300 million and $400 million, up from an estimated $250 million for the 2016 campaigns.

Hilgemann also said AFP was laying plans to mobilize activists to help win Senate confirmation of Trump's pick for the Supreme Court nominee. The White House said Trump was planning this week to announce his pick to replace the late Justice Antonin Scalia.