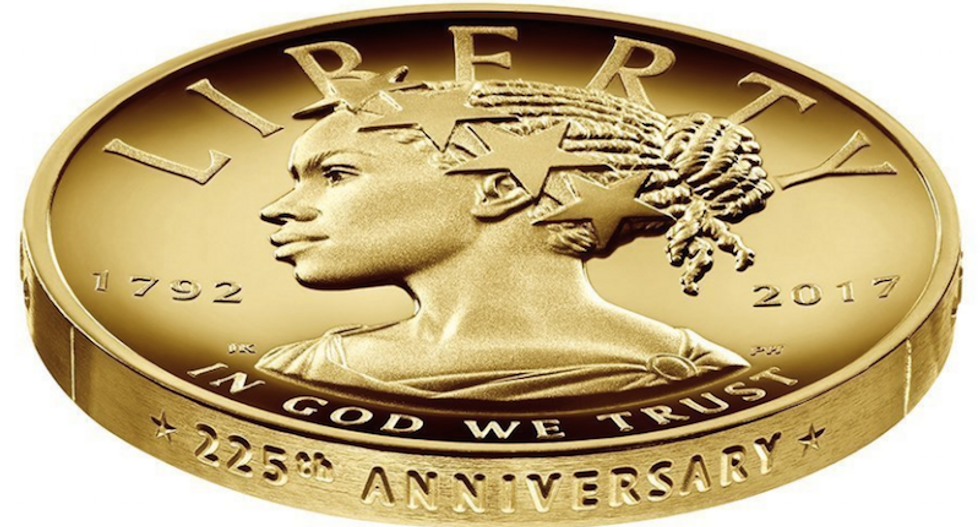 The U.S. Mint is unveiling a commemorative $100 gold coin that depicts Liberty as a black woman -- and conservatives are predictably freaking out.

The 2017 American Liberty 225th Anniversary Gold Coin, which will be released April 6, shows the year of the mint's founding, 1792, and the woman's head in profile, reported the Associated Press.

The mint said the coins were intended to reflect "the cultural and ethnic diversity of the United States," and others in a series of 24-karat gold coins will feature designs representing Asian-Americans, Hispanic-Americans and Indian-Americans.

The news was greeted with howls of outrage from online racists.