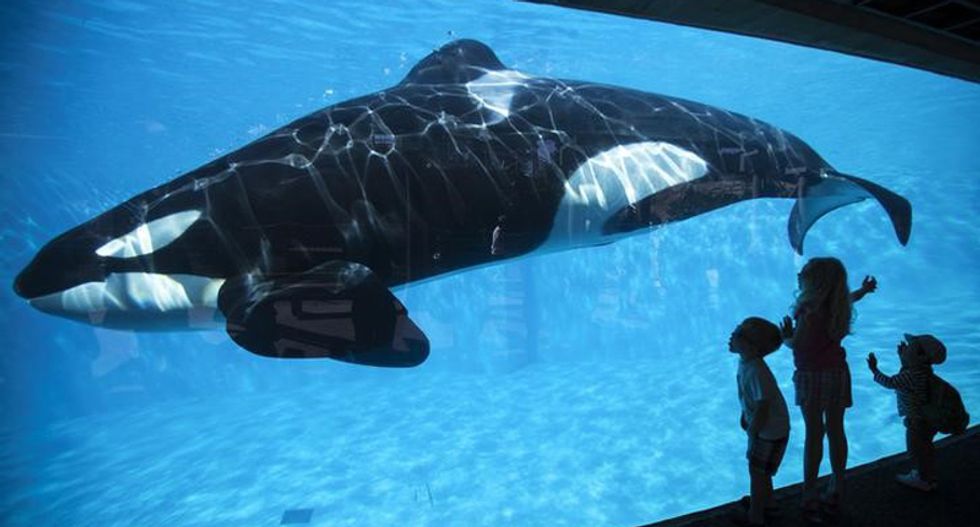 Young children get a close-up view of an Orca killer whale during a visit to the animal theme park SeaWorld in San Diego, California March 19, 2014 REUTERS/Mike Blake/File Photo - RTSNMNK

SeaWorld in San Diego will host its last killer whale performance on Sunday, the culmination of its promise to phase out the decades-old show after criticism of its treatment of the captive marine mammals.

SeaWorld Entertainment Inc President and Chief Executive Officer Joel Manby said in 2015 that the company would replace its signature theatrical killer whale show at the San Diego park with a new presentation focusing on conservation and orcas' natural behavior.

SeaWorld last year also announced it would stop breeding killer whales in captivity, several months after the California Coastal Commission voted to bar the company from continuing to breed the marine mammals in the state.

The last so-called One Ocean show scheduled for Sunday brings to a close a commercially successful series of performances that have been held at SeaWorld San Diego under different names since the 1960s. Some fans continue to call the show by its previous name of "Shamu."

The last theatrical orca show at SeaWorld San Diego comes after the death on Friday at Sea World Orlando of Tillikum, an orca involved in the deaths of three people which was featured in the 2013 documentary film "Blackfish." The film made the case against keeping orcas in captivity.

SeaWorld said that after Sunday's final One Ocean show it will transition on Monday to an educational orca program, with bleachers set up around the killer whale underwater viewing area for guests to watch a presentation on the animals.

"SeaWorld Orlando and SeaWorld San Antonio will follow by 2019," the company added.

Some activists have called for SeaWorld to release the more than 20 orcas it keeps at its three parks into coastal sanctuaries, but the company contends that whales born or raised in captivity would likely die in the wild.