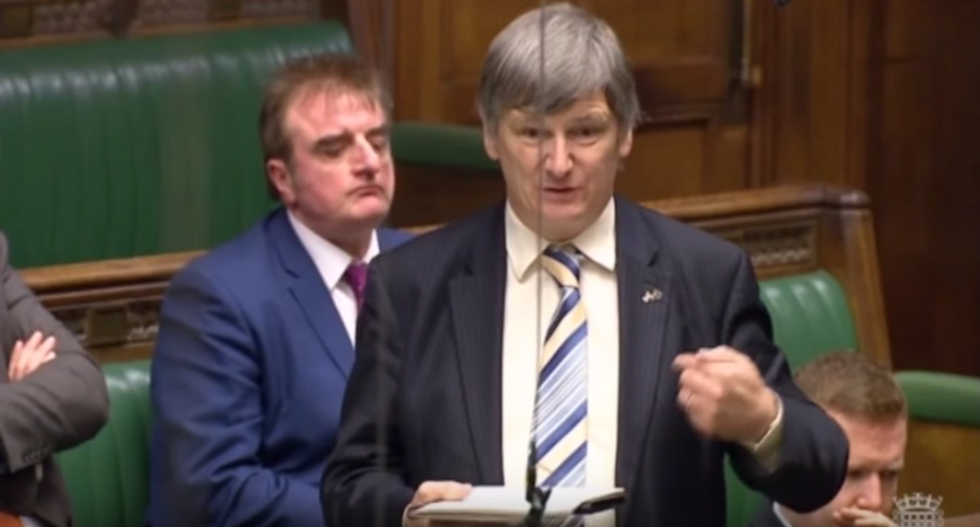 UK lawmakers debated banning President Donald Trump from visiting the UK after a petition to ban him received over a million signatures. The petition floated around across the UK in response to Trump's travel ban against immigrants and refugees from majority-Muslim countries.

During Monday's debate, UK lawmaker Peter Grant criticized Trump as a "leader of what once was the free world [who] doesn't know the difference between" true Islam and what he referred to as "the poisonous perversion of Islam."

"As a Christian, I find that a repulsive, repugnant way to run a country," he said. Grant added that he doesn't see Trump as a Christian, even though Grant was "brought up to see the good in everybody."

"So much so, that if the Lord and savior that we follow was to turn up today at the American border, he wouldn't be allowed in because of his Palestinian passport," Grant said, calling Trump's ideology depraved and racist.

Grant continued to compare Trump's rhetoric about Muslims to the way Nazis "spoke of Jews in the 1930s," noting that "If those similarities aren't clear enough for everyone in here to understand or to see them, then they really shouldn't be involved in politics."

You can watch his full remarks below.