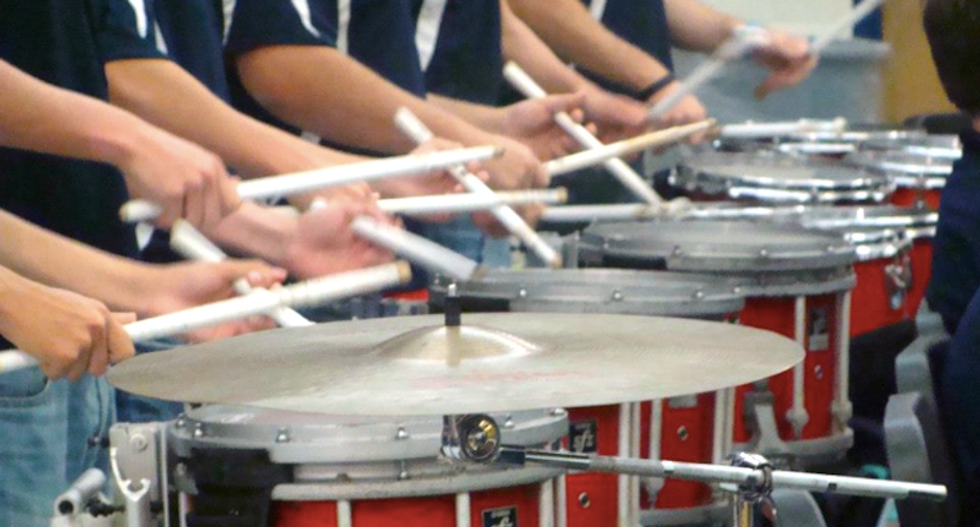 A Louisiana high school plagued by racial strife will send its marching band to perform at the inauguration of Donald Trump.

The marching band from West Monroe High School -- described by one local media outlet as "Louisiana's most racist high school" -- will be the state's only group to take part in the Jan. 20 inauguration, reported The Times-Picayune.

The school is known for allowing the Confederate battle flag at sporting events, where students compete under the "Rebels" nickname.

Some restrictions on the flag's use were imposed in 2015, when school officials prohibited the flag from being flown from poles inside the stadium or flown from cars parked on campus at any time.

Confederate flags are still allowed inside the stadium, and the rebel mascot remains in use.

Some school alumni had pushed the school to drop the mascot and the Confederate battle flag after a white supremacist shot and killed nine black worshipers at a South Carolina church.

The debate prompted a pro-Confederacy rally in West Monroe in July 2015.

The school began raising $175,000 last month to pay for travel and hotel accommodations for about 200 band members and staff to take part in Trump's inauguration.

West Monroe is also where the "Duck Dynasty" reality TV series, which chronicled the conservative Robertson clan, was based.