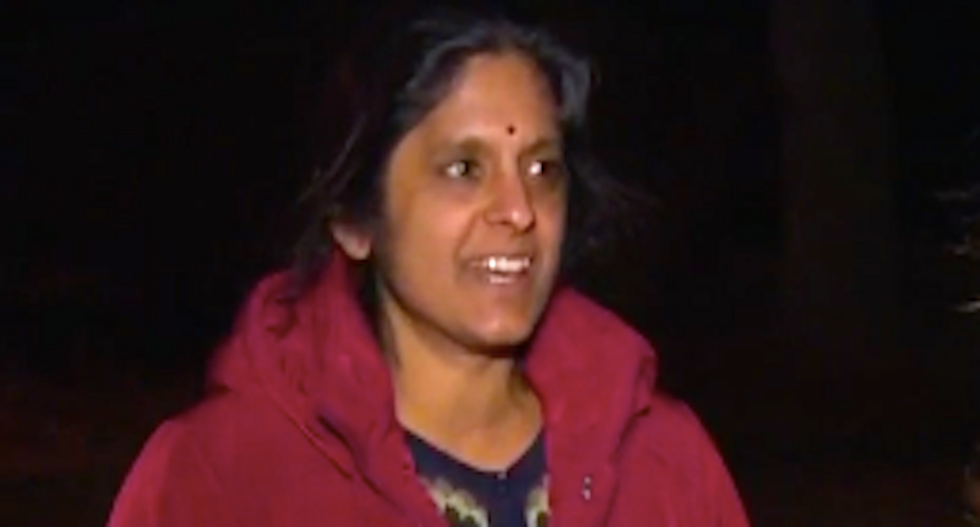 A Maryland police chief ordered more training for his officers after one of them stopped an Indian-American woman and asked her immigration status.

“I had just come out for a walk, so I didn’t have my ID, and he said, ‘Why don’t you have ID? Are you here illegally?’” Pillalamarri said.

The police department and city officials have been deluged with outraged reactions to the incident, which was prompted after a neighbor called to report a suspicious person.

Pillalamarri believes she was targeted for "walking while brown" -- although the officer denied her accusation during the encounter.

“The Bel Air Police Department in no manner supports bias based policing/racial profiling tactics while in the performance of our duties,” Moore said. “Our goal is to earn everyone’s respect and admiration and to keep our community safe.”

Pillalamarri initially refused to identify herself, which prompted the officer to question her immigration status and ask for identification -- which the woman was not required to provide under Maryland law.