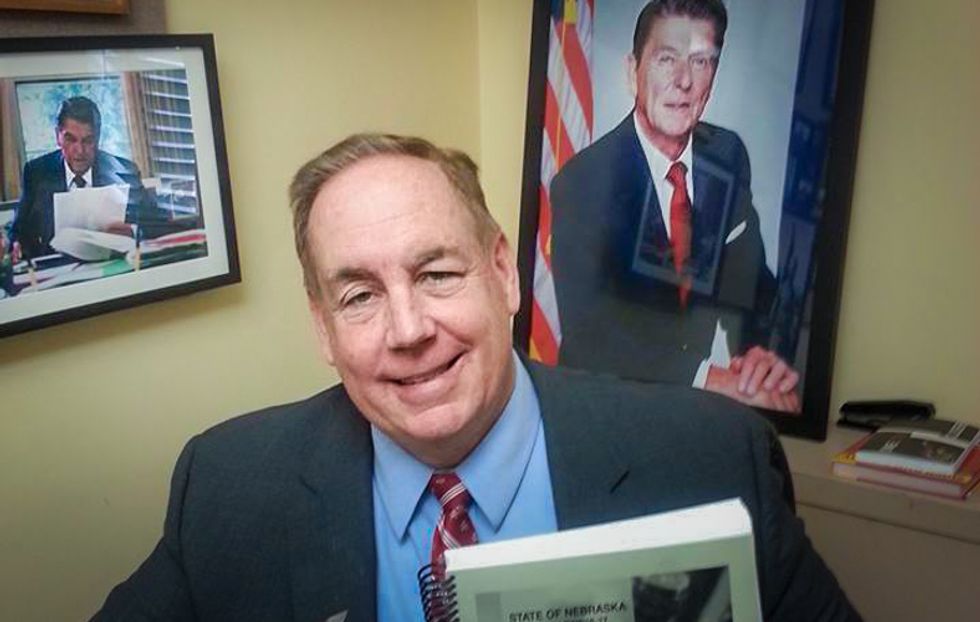 The Republican legislator stepped down ahead of a vote scheduled for Wednesday by fellow state lawmakers on whether to expel him. An expulsion would have been the first in the unicameral legislature's history.

"As much as my heart says to fight, my head says it's time to step away from the legislature," Kintner, 56, told a news conference.

He said he had hesitated because he knew his resignation, which takes effect on Monday, would be hailed as a victory by "the progressive liberal movement."

Kintner also was fined last year for having cybersex using a state computer.

Republican Governor Pete Ricketts said in a statement that Kintner had done the right thing and that he would move quickly to fill the vacancy.

Kintner, who has represented a district south of Omaha since 2012, was criticized after he retweeted on Sunday a post by conservative radio host Larry Elder that insulted protest marchers.

Kintner had argued that the posting was misconstrued and that the backlash he received for retweeting it was part of a "liberal activist campaign" against him, the newspaper said.

The Nebraska Accountability and Disclosure Commission had fined Kintner $1,000 in August for improper use of state property after he admitted having cybersex with a woman in 2015 using a state laptop.

At the time, Kintner resisted calls to step down from fellow politicians, including Ricketts, the newspaper reported.