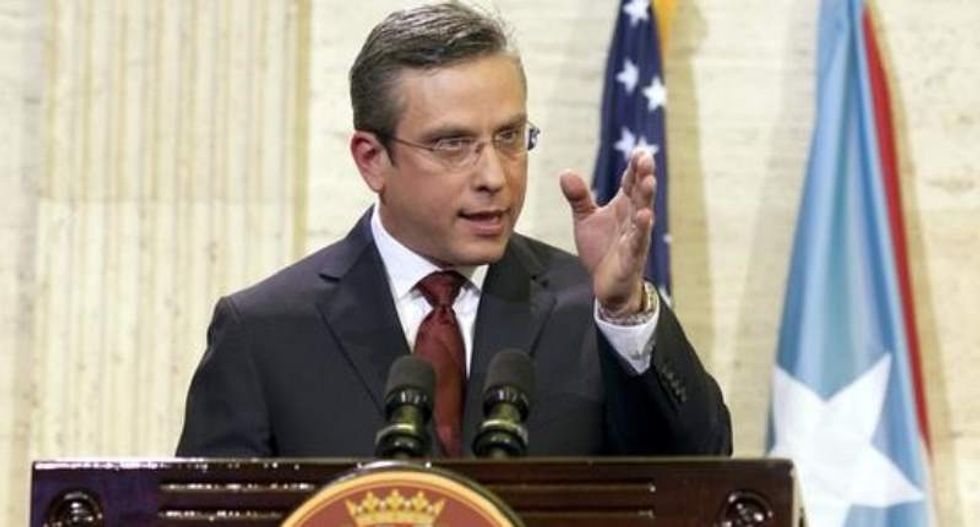 Puerto Rico's governor signed a law on Sunday that allows him to define essential government services and set aside money to pay for them, setting the vision of how to prioritize a mountain of obligations the struggling U.S. territory cannot afford.

Governor Ricardo Rossello, sworn in this month, signed the Puerto Rico Financial Emergency and Fiscal Responsibility Law, replacing a moratorium on debt payments by ex-Governor Alejandro Garcia Padilla that had been unpopular with many bondholders.

The new law allows Rossello to define which services are essential to health, safety and welfare, and set aside money in a "lockbox" to ensure their payment.

Under the law, the island will try to pay as much of its $70 billion in debt as possible after payment of services.

The law itself does not create policy, but authorizes Rossello to make decisions through executive orders expected in the coming weeks, as the island tries to pull itself out of an economic crisis.

In addition to its debt, Puerto Rico faces a 45 percent poverty rate, near-insolvent public health and pension systems, and unemployment more than twice the U.S. average.

A federally appointed board, created to manage Puerto Rico's finances, has said the island cannot afford its debt, and must restructure. Bondholder negotiations are gaining steam as Rossello's administration gets up to speed.

"With this law we demonstrate to the entire world that Puerto Rico has credibility again," Rossello said on Sunday.

Creditors had balked at Garcia Padilla's 2016 moratorium, which allowed the government to default on debt and redirect bondholders' collateral to pay for government services.

Whether the collateral goes back to bondholders remains unclear. The new law states that Puerto Rico will try to pay off debt, but does not undo Garcia Padilla's prior actions though it gives Rossello the power to reverse them in the future.

Rossello's law reflects a vision of a strong executive branch with broad leeway to decide how to use limited funds, mostly through executive orders.

Rossello can take "any and all actions" to preserve essential services, authorize the sale of government assets and appoint receivers at public agencies.

A key first step will be deciding which services are essential.

At a meeting of Puerto Rico's oversight board on Saturday, Christian Sobrino, president of the island's Government Development Bank, said the decision will be "practical, not merely philosophical."

For example, while police and schools serve many critical functions, Sobrino said, not every expenditure is inherently essential.