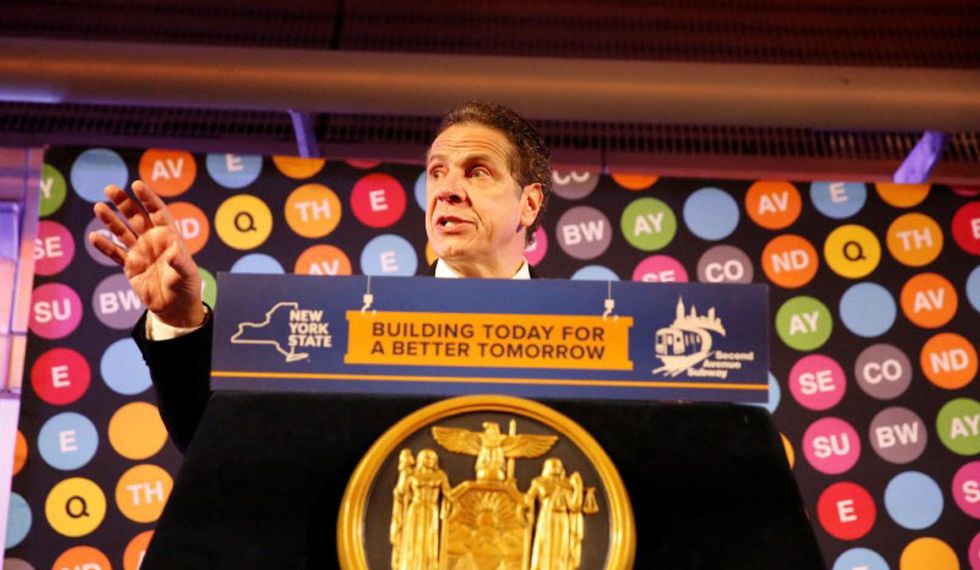 New York Governor Andrew Cuomo proposed free tuition at the state's public colleges for students from low- and middle-income families on Tuesday, seizing on an idea that became a rallying cry for many Democrats in last year's presidential election.

Under Cuomo's plan, which he called the first of its kind in the nation, the state would cover tuition for any student from a family earning less than $125,000 a year by 2019, a means-tested benchmark that coincided with one proposed by Hillary Clinton in her failed presidential bid.

"College is a mandatory step if you really want to be a success," the Democratic governor said as he announced the plan, which requires approval by the state's legislature. Cuomo is widely seen as a potential future presidential candidate.

About 70 percent of jobs in the state now required a college education, he said. He described graduating with thousands of dollars of debt as "like a starting a race with an anchor tied to your leg."

The cost of higher education and the burden of student debt emerged as a major issue in the race between Clinton and Bernie Sanders to become the Democratic Party's presidential candidate in 2016.

Sanders, a U.S. senator from Vermont and a Brooklyn native, joined Cuomo for the announcement at the LaGuardia Community College in the New York City borough of Queens, and he repurposed familiar talking points from his campaign.

"The Democrats and Republicans and independents understand that technology has changed, the global economy has changed," he said to a crowd of Queens students who had been chanting his name minutes earlier. He said a college degree was virtually mandatory in a way that a high-school diploma had been in previous decades.

From the start of his presidential campaign in 2015, Sanders promised to make tuition free for everyone who attends state colleges. The promise helped draw huge crowds of young people to his campaign rallies and pressured Clinton, who was promising in less sweeping terms only to reduce student debt, from the left.

After Clinton had all but secured the party's nomination last summer, she announced a means-tested variant of the Sanders plan last July in what was seen in part as a gesture toward bringing the party's more liberal, left-leaning flank back into the fold.

For undergraduate students who hail from New York, tuition for a bachelor's degree costs $6,470 per year at the State University of New York's colleges, and $6,330 per year at the City University of New York's four-year colleges. Other expenses such as room and board, which can cost up to $12,590 at SUNY colleges, would not be covered under the plan.

Cuomo said his proposed Excelsior Scholarship would cost about $163 million a year, although he did not specify how the state would cover this cost. He said it would potentially benefit some 940,000 families with college-age children in the state.