Obama ending policy giving residency to Cubans arriving in US 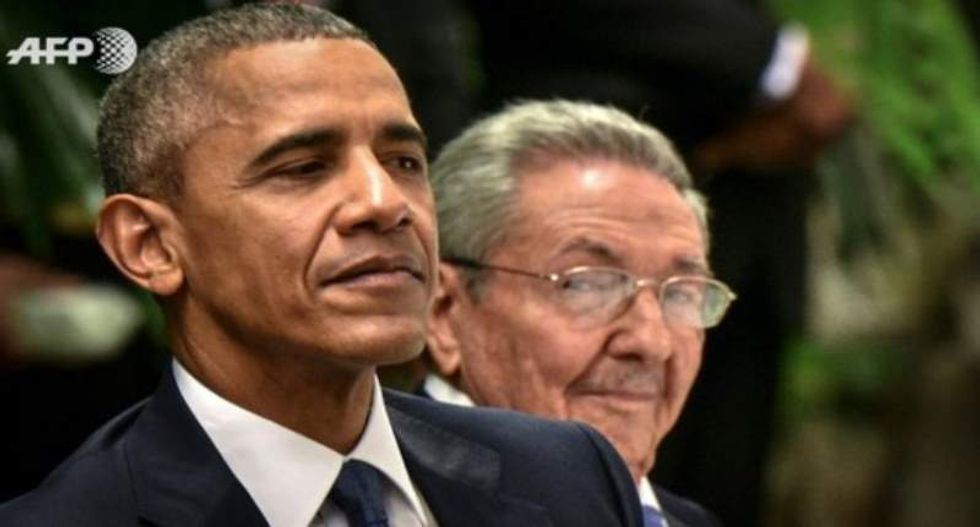 The Obama administration is ending a policy that granted residency to Cubans who arrived in the United States without visas, several congressional sources said on Thursday.

The change in the policy, known as "wet foot, dry foot," is effective immediately. The Department of Homeland Security is also ending a policy for Cuban medical professionals, known as the parole program.

The policy change, which had been in the works for months, was made abruptly because advance warning might have inspired thousands more Cubans to take to the seas between the island and Florida in order to beat a deadline. "Otherwise you'd put lives at risk," one congressional aide said.

The end of the "wet foot, dry foot" policy was first reported by the Associated Press, citing a senior administration official.

The United States and Cuba have spent several months negotiating the change, including an agreement from Cuba to allow those turned away from the United States to return, the official said, according to AP.

The U.S. State Department did not immediately respond to a request for comment from Reuters.

President Barack Obama has been working to normalize relations with Cuba since he and President Raul Castro announced a breakthrough in diplomatic relations in December 2014.

The move to end the residency policy comes just eight days before Obama turns the White House over to Republican Donald Trump, who has said the United States should get more concessions from Havana in exchange for improved relations.

U.S. immigration policy has given Cubans benefits granted to nationals from no other country. Until now, virtually every Cuban who made it to U.S. soil was granted the right to stay in the country, the right to apply for work permits and, later, green cards, which convey lawful permanent residency.

Some U.S. lawmakers have been demanding a fresh look at Cuban immigration policy in the past few years.