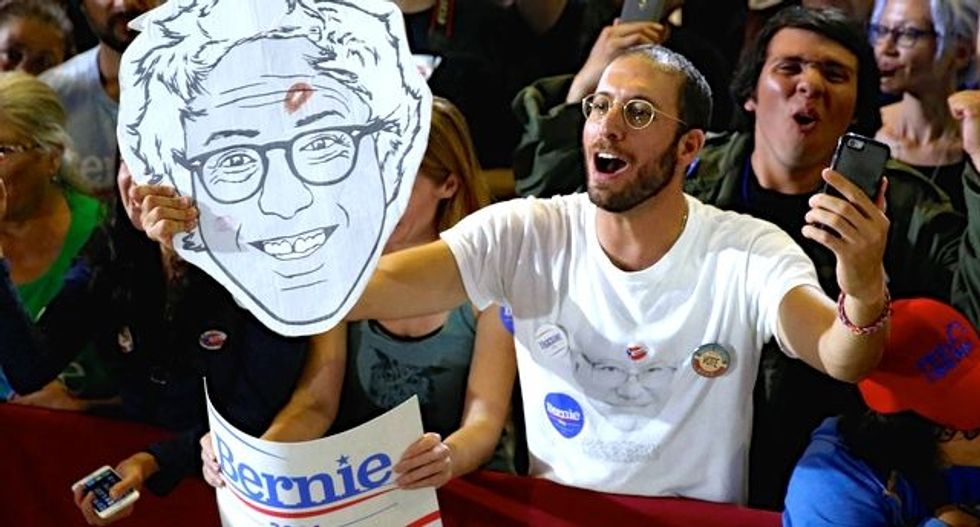 President Barack Obama said on Friday that criticism from the left wing of his own Democratic Party helped feed into the unpopularity of Obamacare, his signature healthcare reform law.

Obama has been spending part of his last two weeks in office urging supporters to speak out against plans by Republicans - who will soon control both the White House and Congress - to dismantle the 2010 Affordable Care Act.

At a town hall event with Vox Media, Obama acknowledged the politics have been stacked against his reforms, mainly blaming Republicans who he said refused to help make legislative fixes to Obamacare, which provides subsidies for private insurance to lower-income Americans who do not have healthcare plans at work.

During Sanders' campaign for the presidential nomination, he proposed replacing Obamacare with a government-run single-payer health insurance system based on Medicare, the government plan for elderly and disabled Americans.

"In the 'dissatisfied' column are a whole bunch of Bernie Sanders supporters who wanted a single-payer plan," Obama said in the interview.

"The problem is not that they think Obamacare is a failure. The problem is that they don't think it went far enough and that it left too many people still uncovered," Obama said.

Michael Briggs, a spokesman for Sanders, agreed that many people would rather the government "take on the private insurance industry and the pharmaceutical companies" and play a bigger role in providing healthcare.

Polling by the Kaiser Family Foundation last month showed 46 percent of Americans have an unfavorable opinion of Obamacare, while 43 percent have a favorable view. Americans are also split on whether the law should be repealed.

Trump and congressional Republicans have vowed to quickly repeal the law, but Obama and Democrats have argued they should reveal a replacement plan before dismantling the program.

More than 20 million previously uninsured Americans gained health coverage through Obamacare, according to the White House. Coverage was extended by expanding the Medicaid program for the poor and through online exchanges where consumers can receive income-based subsidies.