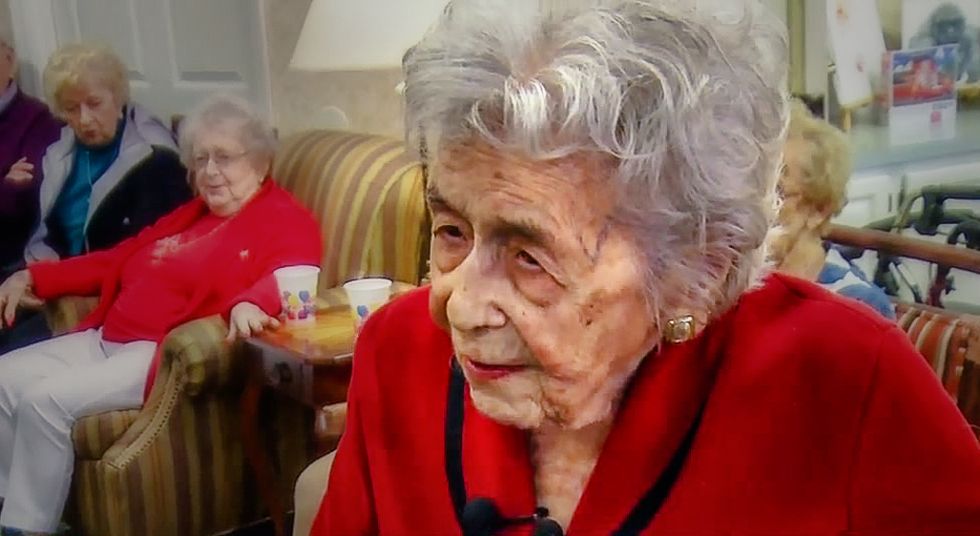 An Ohio woman marked her 108th birthday this week but the celebration was bittersweet because she could soon lose her home.

According to WGME, 108-year-old Carrie Rausch was moved to Sunrise On The Scioto assisted living facility three years ago but she has since run out of money.

"The crux of the issue is she has outlived all of her assets," Rausch's daughter, Susan Hatfield, explained to the station.

Hatfield told The Columbus Dispatch that her mother was forced to move to the assisted living facility in 2014 after she suffered a series of falls. But Rausch has now exhausted all of her savings and even sold her house.

"She was in her own home for over 70 years," the daughter added. "She moved here and she has some level of peace here. To move her again at 108 just breaks my heart."

Hatfield worried that a move to a facility that accepts Medicaid could prove devastating given her mother's age.

Rausch, who was born in 1909, said that she was just happy to be alive.

"I just enjoy everybody and everything, everyday,” she remarked at a birthday party this week. “And I am just grateful I’m still here.”