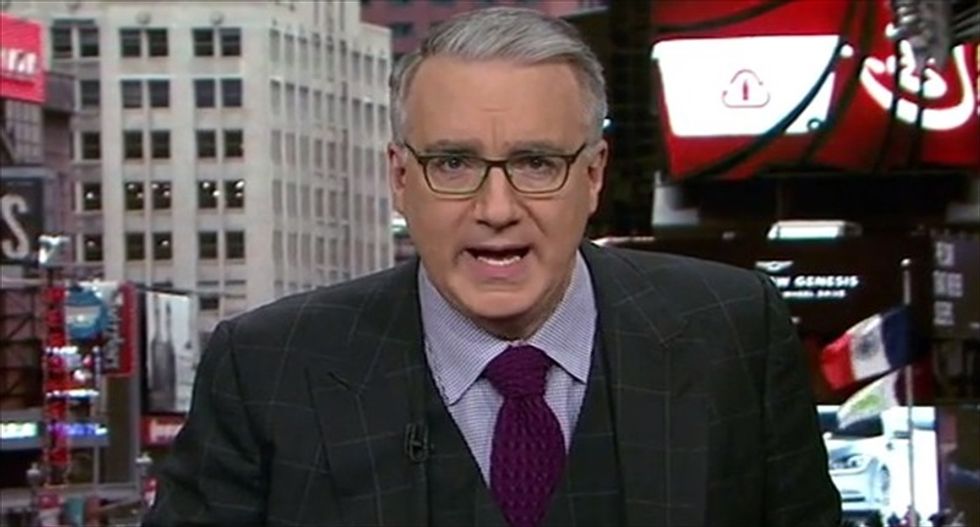 Commentator Keith Olbermann took the press to task for letting Donald Trump get away with ducking questions about his Russian connections, accusing the president-elect of spewing "poisoned word-salad" to dance around any tough questions.

Noting that Trump was asked about Russia at his recent press conference -- only to have the reporter turn the question into lengthy request for an opinion on Vladimir Putin -- Olbermann said we still don't know the extent of Trump's relationship with Putin or anyone else in Russia.

"Trump got to filibuster for 321 words about how Russia would respect America when he's leading, and Hillary's reset button and the legal folder props and more of the poisoned word-salad constantly being spun table-side in that addled mind of his." Olbermann explained. "And he never answered the question."

"Since Trump chose not to say that no one connected to him had, as implied by the independent dossier, any contact with Russia leading up to or during the presidential campaign, we will have to answer that for him by circumstantial evidence," he continued.

With that, Olbermann enumerated the many ways that Trump and his advisers have "mysterious" connections, concentrating heavily on Trump's proposed National Security Adviser Michael Flynn and his murky financial deals in Russia.

NEW: Trump STILL hasn't answered THE Russian question: were you or your gang in touch WITH Russia? https://t.co/aC9yDR8Zds
— Keith Olbermann (@Keith Olbermann) 1484703937.0