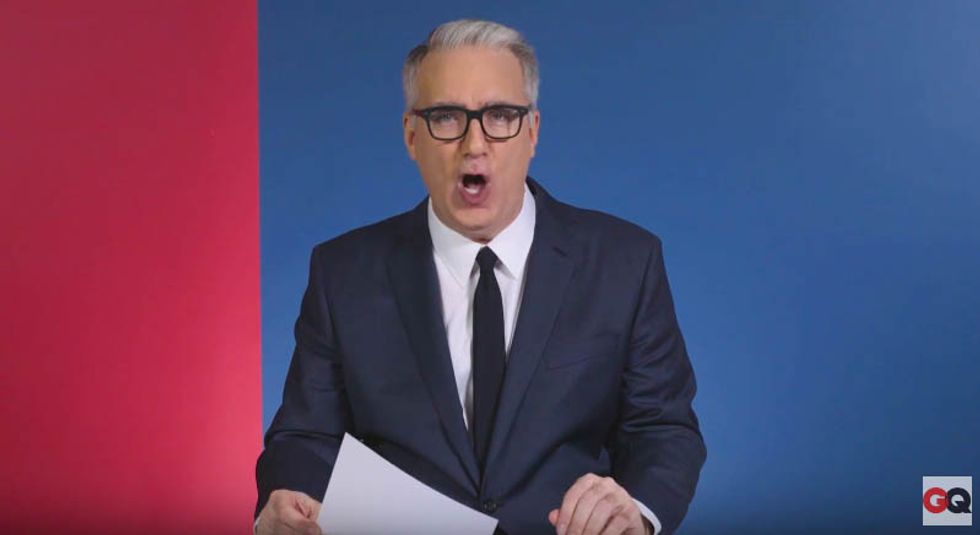 In his latest segment, Keith Olbermann has a message for the "real news media:" Stop live-broadcasting his press briefings on TV. Olbermann argued that media outlets should instead broadcast them on a delay and hire fact-checkers to verify the information relayed in briefings as it comes out.

"Do not participate in the Trump propaganda game," he said. Olbermann goes on to say that outlets such as ABC, CBS, NBC, CNN, BBC, MSNBC, and C-SPAN do not have any obligation to cover "these liars because of the marketplace of ideas." He said, "Nobody who believes Trump, or Conway, or Spicer, or any of the other pirates" watches these outlets anyway.

"The hardcore Trump crowd — fascists, corporatists, racists and authoritarians" are tuning into Fox and Breitbart, he argued. "And there isn't F-all you can do about that."