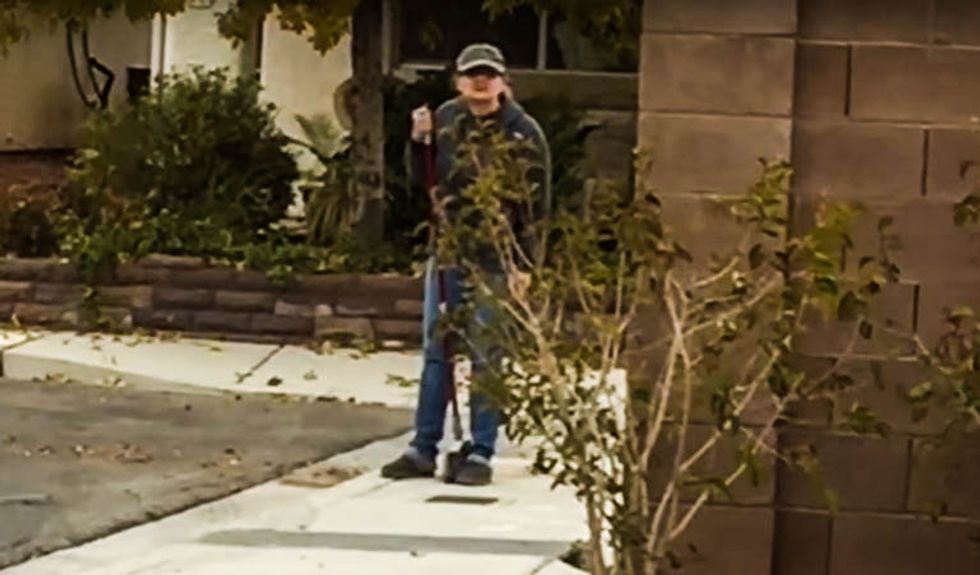 A Las Vegas woman goes off on a racist rant against her Filipino neighbor (Screen cap).

A Las Vegas woman is feeling apologetic after she was caught on camera going on a racist rant against her neighbor, who happens to be of Filipino descent.

Per local news station KTNV, Las Vegas resident Dexter Manawat caused a stir over the holidays when he posted a video of his neighbor hurling racial epithets at him while she was raking leaves on New Year's Eve.

"Orange motherf*cker!" she shouted at him. "Go back to where you came from!"

Manawat then asked her where, exactly, she thought he came from.

"From some piece of sh*t, Manila-ass, f*cking ghetto living under a tarp piece of sh*t land," she yelled. "You're just like one f*cking generation out of the jungle, like f*cking loin-cloth wearers!"

She also informed Manawat that she believed Filipinos were all a bunch of "orange savages."

In an interview with KTNV, the woman apologized for her racist tirade but insisted she isn't really a racist.

"I stooped to the lowest possible denominator to hurt someone because I was angry," she said. "I wasn't raised that way."

Manawat, for his part, accepted her apology, although he was still a bit stunned by the ferocity of his neighbor's attacks.

"I've never been called orange," he tells KTNV. "That was a first."