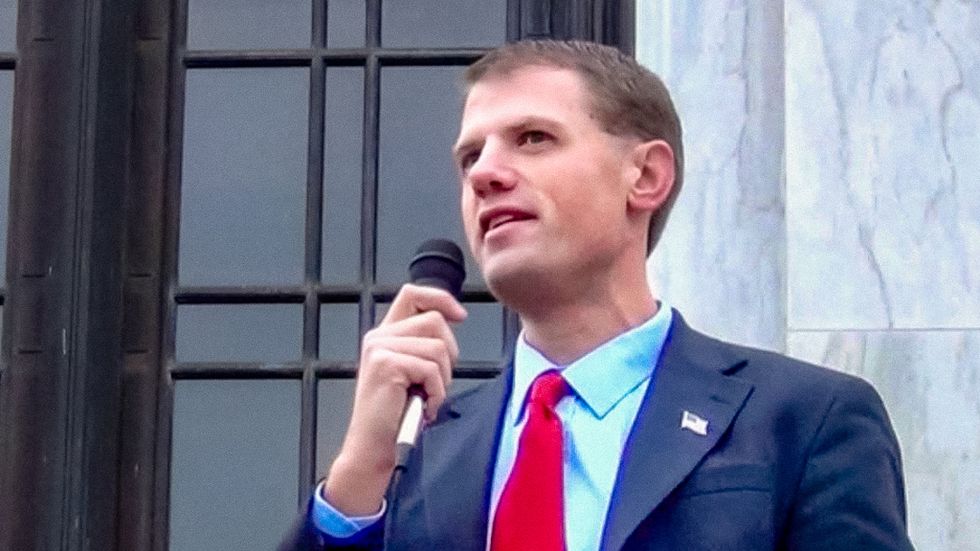 A former Republican Party U.S. Senate candidate in Oregon reportedly took food stamps while or shortly after funding his own campaign.

The Register-Guard first revealed this week that Mark Callahan, who is currently running to be chairman of the Oregon GOP, received welfare benefits from the federal Supplemental Nutrition Assistance Program.

The paper notes that Callahan has a history of failed candidacies, including "for the U.S. Senate (twice), Eugene-area seats in the state Legislature (three times), the Lane County Board of Commissioners, the Eugene School Board, the Mount Hood Community College Board and, in 2012, for president."

Court documents show that the Tea Party Republican and his wife received food stamps in 2014 during or after a campaign for U.S. Senate.

According to The Register-Guard, Callahan donated $9,090 of his own money into the campaign, making him the largest contributor. He also loaned $6,500 to his election effort.

In an email, Callahan told reporter Saul Hubbard that he took the food stamps "to provide food for my 2 young daughters and myself.”

“The amount of SNAP benefits I received after the primary election was very meager in comparison to others,” Callahan insisted.

Callahan stated in court documents that he was laid off two months before the 2014 Republican primary after he requested a part-time position "to allow time for me to be active in my campaign for the U.S. Senate.”

“I look for any work, and jobs, so I can provide for my family the best way I can. With the economy being on the skids the last 8 years, times have been tough in terms of finding and keeping employed long term," Callahan said in his email to Hubbard.

Callahan's history of receiving SNAP benefits is unusual for a Republican candidate whose party has proposed more than $23 billion in cuts to the food stamp program.

“The optics are awful,” Pacific University politics professor Jim Moore explained. “Basically it looks like somebody who is living off the public, while at the same time using their personal money to advance a public life.”