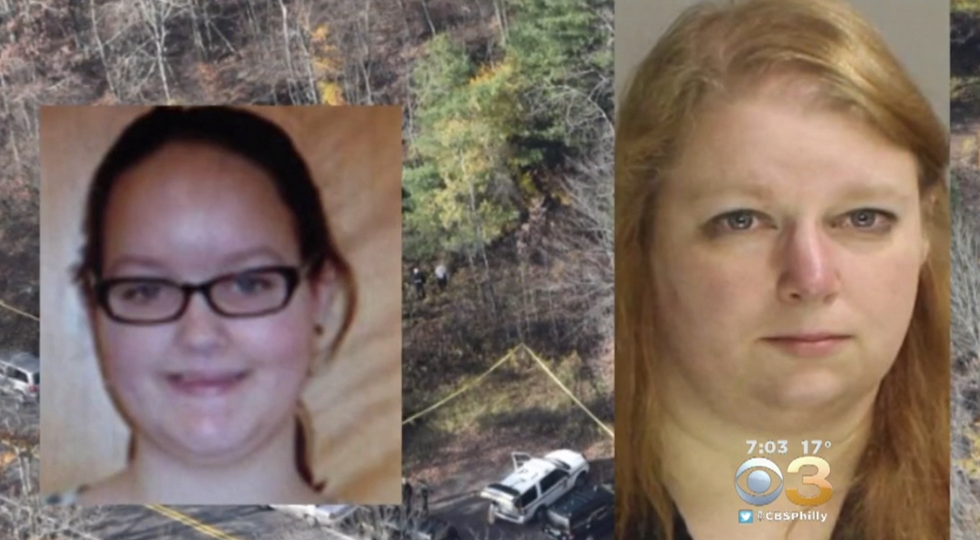 Authorities in suburban Philadelphia have charged a man and woman of raping, murdering and dismembering the woman's 14-year-old adopted daughter to fulfill a bizarre sexual fantasy.

Jacob P. Sullivan, 44, of Horsham, was arrested by Bucks County detectives and arraigned early Sunday morning in the death of Grace Packer, whose dismembered body was found by hunters on Oct. 31 in a forest in Luzerne County, about a two-hour drive north of Philadelphia.

Authorities say Sullivan confessed to the charges against him, which include rape and criminal homicide.

Similar charges have also been filed against Sara Packer, 41, the girl's adoptive mother, according to online court records, although her arraignment was delayed. She was already out on bail for charges filed in November after police concluded she was hindering attempts to find her daughter, whom she had reported missing.

According to court documents, the couple began plotting to kill the girl in the fall of 2015. Sullivan told detectives that he and Sara Packer drove Grace to their new residence in Quakertown, Bucks County, on July 8, 2016.

Once inside, Sullivan struck Grace repeatedly in the face and then raped her in the attic as Packer watched, authorities said. Sullivan told detectives he had raped Grace before and that Packer got sexual gratification from watching, according to court documents.

They forced her to take an overdose of over-the-counter drugs, assuming that would kill her, court documents said. But upon finding her alive when they returned many hours later, Sullivan strangled her to death, he told detectives.

The pair kept the body in the attic for nearly four months, covering it with cat litter to mask the smell, authorities said.

When police showed up at the house in October to follow up on the missing person report, the couple became unsettled, according to court filings. They sawed off the girl's arms and legs and disposed of the body parts in the forest.

Believing they were about to be arrested, the couple attempted to commit suicide together by taking drugs on Dec. 30 but survived, authorities said.

Sullivan was ordered held without bail. His preliminary hearing is scheduled for Jan. 20.