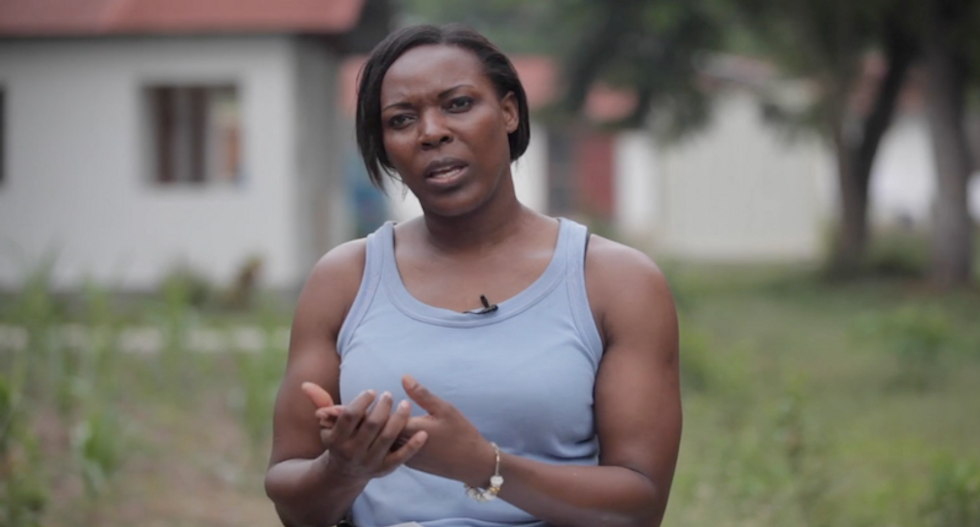 British Paralympian Anne Wafula Strike told the Guardian she was "completely robbed of her dignity" after she was forced to wet herself during a three-hour train ride because the company did not provide an accessible toilet.

The incident occurred on Dec. 8 when Wafula Strike was returning from a UK Athletics board meeting. She needed to use the restroom during the trip but the accessible bathroom was out of order.

"If the able-bodied toilet had been closer I could have tried to crawl to it but it was too far away and my wheelchair could not fit in the aisles to get to it," she told the Guardian.

Wafula Strike said she was utterly humiliated after what happened, choosing to cover her face with her hoodie for the duration of the train journey "in case anyone recognized her."

"As a disabled person I have worked so hard over the years to build up my confidence and self-belief," she said. "Having access to a toilet, especially in a developed nation like the UK, is one of the most basic rights."

She said she "tried to conceal the smell of urine by spraying perfume over myself," adding that when she "finally got home after my nightmare journey, I scrubbed myself clean in the shower then flung myself on my bed and sobbed for hours."

Wafula Strike, 42, was born in Kenya and is an award-winning British wheelchair racer. She also serves various charity organizations that are doing important work for the rights of people with disabilities. She told the Guardian that she decided to tell her story publicly because she wanted to create a space for other people with disabilities to not feel isolated in their experiences.

She said she hoped that talking about her story would "bring about change for other people with disabilities who want to contribute to society but are prevented from doing so."

“The whole incident made me feel as if I can’t play an active role in society and should just hide behind closed doors. Being forced to sit in my own urine destroyed my self-esteem and my confidence.

Wafula Strike explained that even though she has an "impairment," the real barriers are not her handicap, but the ones put in place by a society that does not prioritize accessibility, according to the report.

"People with disabilities don’t want perfection," she said. "We just want the basics and to have our independence. But lack of access and inclusive facilities make us feel as if we are an afterthought."

A spokesman of CrossCountry, the company with which Wafula Strike traveled in December said, "We are extremely sorry for the circumstances of Mrs Strike’s recent journey with us, and our managing director has passed on our apologies to her along with an explanation of why it appears all our systems failed her on that day. We hope she will take up our offer and contact us in the new year so we can offer her a more pleasant experience of travelling with us."